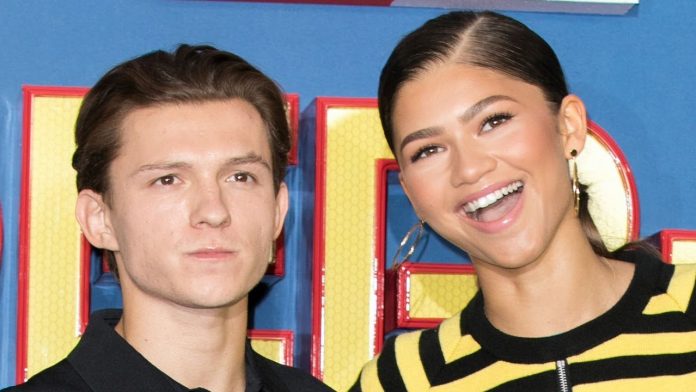 OMG you guys, this might be the confirmation we’ve ALL been waiting for.

Rumors that Spiderman-Homecoming co-stars Tom Holland & Zendaya are dating have been swirling ever since the movie came out. And it’s not just because we ship their characters, either. Tom was previously been seen leaving Zendaya’s house in the early hours of the morning in May, and the two have been spotted at the movies on more than one occasion. Not to mention they have gushed about each other in basically every interview they’ve ever done, and they couldn’t be cuter on red carpets or in behind the scenes snaps together.

To our collective disappointment, neither and Tom nor Zendaya have ever confirmed those incessant dating rumors, BUT thanks to one sly Instagram comment made over the weekend, we might have just gotten the confirmation we’ve all be waiting for!

It all started when JustJared posted about Zendaya celebrating her birthday over the weekend. The caption read QUOTE, “#Zendaya celebrates her 22nd birthday in style with friends and family in London. Her #SpiderMan co-star and rumored real-life boyfriend Tom Holland was there for the special day!”

One fan commented on the post QUOTE, “Rumored boyfriend hahaha y’all dream too much”, to which Kiya Cole, aka: mother of Disney star Skai Jackson, replied QUOTE, “Yes. It’s true. They been on the low for a while.”

Now keep in mind, guys, this isn’t just ANYONE confirming a dating rumor, guys. This is a MOM of a fellow Disney star. And while we have no idea just how well Skai and Zendaya know each other, they’ve at least met in passing because both attended the 2015 Radio Disney Awards. What we’re saying is, it’s entirely possible that Kiya has the inside info on Tom and Zendaya’s relationship status, and that she speaks the truth.

Neither Tom nor Zendaya have addressed Kiya’s comments, and let’s face it they probably won’t, but we’re still swooning over Tom’s sweet birthday message to Zendaya on Instagram, which read QUOTE, “Me, myself and the birthday girl. Happy birthday mate – keep killing it and paving the way for the rest of us.” I mean come on — could that BE any cuter?!

This isn’t the first time someone has confirmed Tom and Zendaya’s dating rumors. A source told People last July QUOTE, “They started seeing each other while they were filming Spider-Man. They’ve been super careful to keep it private and out of the public eye but they’ve gone on vacations with each other and try and spend as much time as possible with one another.”

Okay, if the rumors are true and Zendaya and Tom HAVE been dating for over a year, then we gotta tip our hats off to them because they have been INSANELY stealthy and have done the best job we’ve ever seen of a celeb couple keeping their relationship private.

So now I wanna turn it over to you guys — do you think Kiya’s comment counts as confirmation, or do you need more evidence to be convinced that Tom and Zendaya are dating? Sound off with your thoughts in the comments below!
Thanks for watching! Now please click to the right to watch another new video and don’t forget to subscribe to our channels. I’m your host Naz Perez and I’ll see you next time! 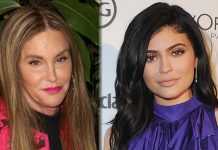 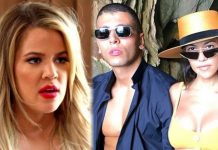