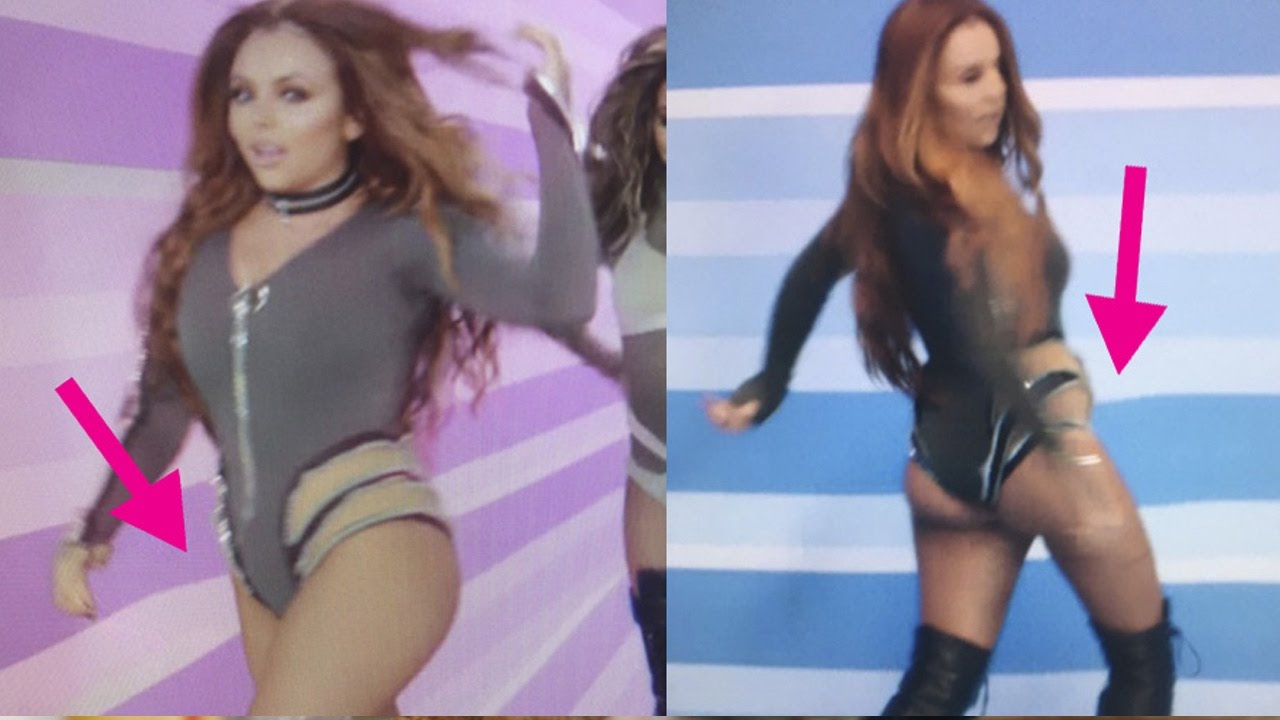 DRAMAAAA. Little Mix fans are accusing the girls of photoshopping Jesy Nelson in their latest music video for their single “Touch”
This isn’t the first photoshoped music video scandal and I’m sure it won’t be the last.
Alright, There’s no denying that Little Mix look nothing short of amazing in the video for their new single Touch.
Great right??? The girls are killing the game in some leotards and thigh-high boots, and we feel all the things as the girls grind up on some handsome fella’s… However fans were quick to point out that something looked fishy with Jesy throughout the video as you can see in these photos here.
SOOO, many are questioning whether the clip could have undergone some slight post-production Photoshopping…. UMMMM If you ask me I don’t feel like her body looks any different but the confusion is coming from the stripy background that appears to be distorted around her body… which in turn would mean that post production slimmed her body.
I think fans MAY be stretching for some drama here…
Anyhooo, fans are flipping a new one on Twitter, upset that this would happen when they feel her body is perfect as is..
I also want to point out this is NEW news, as the girls also got flack when the video premiered earlier this month when viewers criticized them for their Quote on quote sexy dance moves…
The girls haven’t spoken out on the DRAMA just yet but I do want to know if you think they photo shopped the video? Weigh in down in the comments below then subscribe to our channel so you never miss a thing. I’m Ryland Adams, and I’ll see you next time. 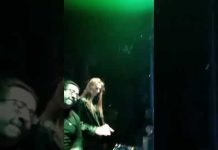