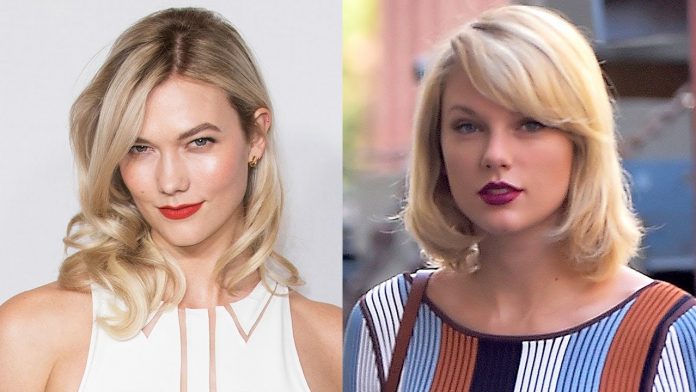 We’ve been following Karlie Kloss and Taylor’s friendship ever since they became best buds in 2013. Rumors of their friendship being over started to surface in 2017 when Karlie was photographed with Kendall Jenner – who we all know is sisters’ with Kim Kardashian which is Taylor arch nemesis.
Then earlier this year, everyone speculated that their friendship was in fact over because Karlie posed for LOVE magazine’s advent calendar and captioned one of her photos on Instagram with the caption “Swish Swish” which we all know is the title of a Katy Perry song – another one of Taylor Swift’s arch nemesis.
BUT, two weeks ago Karlie told the New York Times, don’t believe everything you read and the newspaper actually confirmed that the two are in fact still friends. Well, we’re not sure what to believe anymore because Karlie recently addressed her friendships in the summer issue of Porter and Taylor Swift’s name was nowhere to be found. According to Entertainment Tonight Karlie said QUOTE “I’ve built really amazing friendships — some that last, some that don’t,” A couple have become some of the most important relationships in my life, in particular, those I’ve been in the trenches with, such as Jourdan Dunn, Joan Smalls, Toni Garrn, Lily Aldridge,” Kloss said. “We started as girls and we’ve grown up together, and I know if I need anything, I can call them up and they will be there for me, just like my friends from kindergarten.”
Obviously you’ve noticed by now, Karlie didn’t include Taylor on her best friend’s list, but we all know just because Taylor’s name wasn’t on that list doesn’t mean they’re not really friends.
In other Taylor news, a man who threatened to Kill Taylor Swift violated his restraining order and was threatened to 10 years’ probation. According to TMZ, the Taylor Swift stalker is named Frank Andrew Hoover and he pleaded guilty to violating the restraining order. Frank is going to be monitored by GPS and has to remain at least a mile away from Taylor and her family. On top of that, he has to give up all firearms and go through psychological and drug testing.
Frank was arrested in November of 2016 when he followed Taylor to an airport after a concert. According to E! Frank was also sending emails to Taylor’s father around hat same time. Earlier this year it was reported that Frank was facing new charges because the emails he sent were actually death threats that read QUOTE “Enjoy the brain aneurysms and death.” AND “Decided that we are going to end all the Swifts on one day because I can’t stand that virus shit your daughter spread”. How scary is that?
I really hope Taylor and her family feel a little bit safer now that he’s on a 10 year probation.
Alright I gotta kick it over to you guys now though. What are our thoughts on Karlie Kloss not naming Taylor Swift as one of her best friends in a recent magazine interview, and what do you think about the Taylor Swift stalker getting 10 years probation? Sound off in the comment section below and then when you’re done with that click right over here to find out why Taylor Swift defended Hayley Kiyoko. Thanks for tuning into Clevver News, hit me up on IG @nazperez, and I’ll see you guys next time!

Jonah Hill and Emma Stone have a new limited series –... 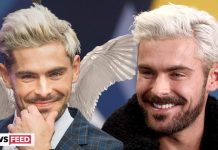 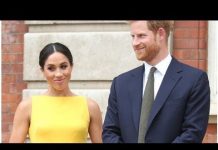 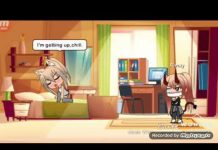 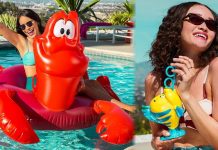