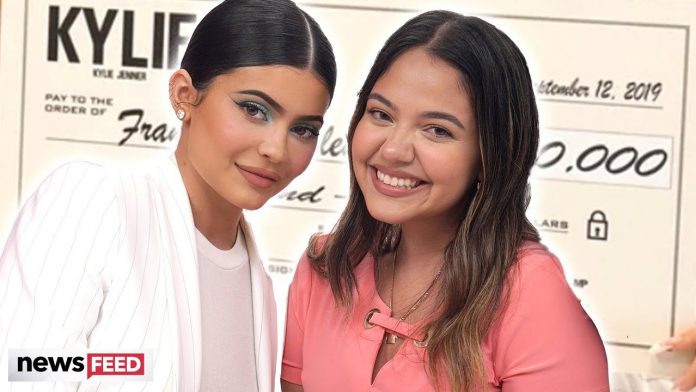 More Celebrity News ►►
Kylie Jenner might be a self-made billionaire, but she isn’t shy to spread the wealth. She just helped one deserving fan and her mother and honestly grab your tissues because this one’s a tear jerker.

What’s up? It’s Sussan Mourad here with Clevver News and Kylie Jenner was just on The Ellen DeGeneres Show. We know that while both Kylie and Ellen are really rich, they are also known to give back in big ways. But the surprise for one fan was just next level.

Kylie made Ashley Almonte’s dreams come true by surprising her at her hotel room and taking her for an exclusive tour of Kylie Cosmetics headquarters.Ellen and Kylie chose to surprise Ashley after they heard that she had given up going to college to work so that she could help support her mom, who worked at an underprivileged school and was using her own money to provide for her students.

They took a full tour of the office, did Ashley’s makeup, took selfies together, and talked.
But the surprises certainly didn’t end there.When Kylie and Ashley first got to Kylie’s office, they sat down and Ashley told Kylie her heartwarming story.Ashley told Kylie that she has donated her own money to help her mom and that’s what actually led her to drop out of college.

She said quote, “I saw the need. I saw her tears. I saw all of that. So I stepped up and just took my job and said, ‘Let me go full-time.’ Let me just help her. Like, I want to see her okay. I would do anything to make sure she’s okay.”

One of the first BIG surprises of the day was when Kylie told Mireya and her co-workers that she is donating $50,000 to their school, P.S. 35, and presented them with an oversized check in classic Ellen fashion.

But what Kylie was more touched by was how close Ashley was to her mom and she related it to her own relationship with Kris.

So she decided to give them one last surprise, that set me over the edge with crying.

Kylie, with some help from Ellen of course, gave each woman $100,000 to help alleviate their financial pressures, which left everyone in tears. Including me.

Which is when her mom chimed in and said quote, “I told you never lose hope, there’s always an angel out there.”

And boy was she right. We certainly need more angels like this out there and the world would be a better place.

Ashley then said to Kylie quote, “Thank you for hearing my voice.”

And then I cried for about an hour and here I am now.

But shockingly, this wasn’t the first time Kylie made a big donation on Ellen this week.

On Monday she donated $750,000 from her Kylie Cosmetics birthday collection to a feminist organization and gave each other girls that are involved $50,000 a piece.

But Kylie definitely isn’t the only Kardashian/Jenner known for giving back in a big way to their fans.

Khloe’s show Revenge Body helps people turn their lives around when they’ve hit rock bottom and Kim, in particular, is known not only to give her money, but her time to fans.

Back in 2015, Kim shared this pic with her fan Anissa who she met through the Make-A-Wish foundation.

A couple months later she also flew a bunch of her fans out to spend some quality time with them over brunch.

Kim tweeted about the experience and said quote, “I just had the best brunch today I flew out every fan I follow on social media to celebrate my birthday!!!”

She continued on and said quote, “I loved putting all of the faces with the names & am so grateful for all of the fan accounts!”

But obviously that’s not all Kim has done, in more recent years she has dedicated a lot of her time to helping free Alice Marie Johnson, who served 21 years of a life sentence without the possibility of parole for a first-time, nonviolent drug offense.

And now, a year after her release from prison, Alice is modeling for Kim’s inclusive shapewear line, SKIMS
In the SKIMS promo, Alice talked about how when Kim became involved with her case, and admits that at first she quote “didn’t even know who Kim Kardashian was!”

And we love how selfless the Karashian/Jenners can be.
I guess when you have all the money in the world and everything anyone could need, the best thing you could do with it is give back.

Which they definitely do and we love them for it. 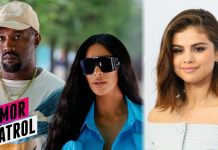 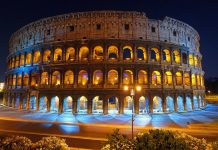