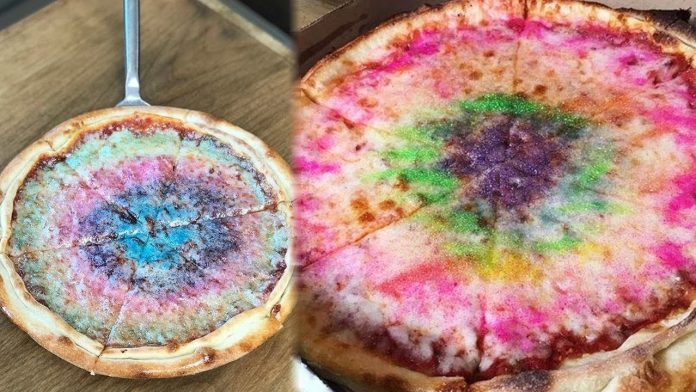 Just when we thought we’d reached PEAK unicorn food madness, think again, because Dagwood pizza located in Santa Monica, Californa is serving up glittery pizza to the masses.
The Instagram sensation, called the Magical AF pizza, is a regular cheese pizza dusted with a TON of edible rainbow glitter.
The pizza is absolutely SWIRLING with pink, orange, yellow, green, blue, and purple glitter -which basically means you’re biting into a rainbow.
So anyway, those who have concerns about eating glitter, fear not because apparently this stuff is food grade, and is a-okay for consumption!
Pizza apparently wasn’t magical enough on its own so we now have this sparkly version to sink our teeth into!
The pizza first made its appearance at Dogwoods pizza back in December of 2017 but its back and better than ever.
A large 16-inch pie will run you around $25, and yes they deliver, so you don’t even have to leave the comfort of your own home if you live in the Santa Monica area!
The pizza became such a viral hit that it even earned a shout out on Jimmy Kimmel live – as most things do.
Those that have tried this glittery masterpiece have taken to social media to express their thoughts per usual
User lenaxcoco said QUOTE “Yes!!!!! I finally got to try the #MagicalAFPizza at #Dagwoods last night!! According to the menu, it’s main ingredient is Unicorn Puke.”
MMMM who doesn’t love some unicorn puke on top of their pizza?
Others who have tried it said that it tastes just like a regular cheese pizza and that the glitter is just purely decorative.
Now we want to kick it over to you guys. Would you ever try a glitter covered pizza? Let us know in the comments below. When you’re done with that click right over here to check out disney’s new fizzy mocktail!

Celebrity party against AIDES at the Pink Paradise 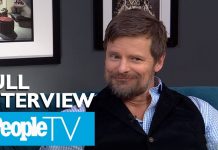 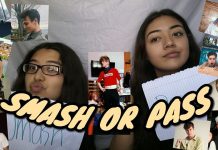 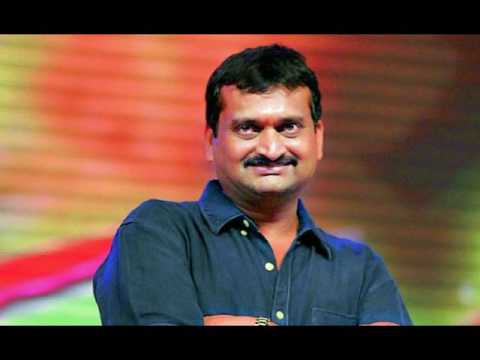