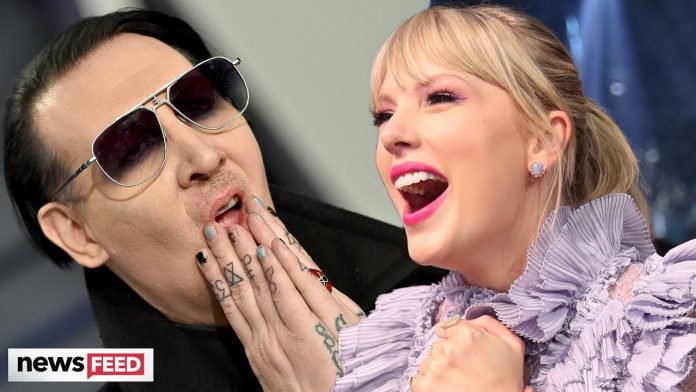 Something unexpected happened to Taylor Swift backstage at Wango Tango you guys, and I had to run here to share the news with you.

What’s up guys, it’s Sussan Mourad here with Clevver News and I’ve seen a lot of unlikely duos during my time covering Hollywood but this, well, this is really something else.

I was blessed and also a tad terrified earlier today when THIS photo of Taylor Swift and Marilyn Manson popped up on my timeline.

I mean, I was confused and have, like, so many questions.

So the Pop Princess and the Prince of Evil stopped for a quick pic last weekend after Taylor performed at the Wango Tango music festival.

They even did that whole awkward “Are we smiling or are we serious?” thing that we all do before taking a group shot, you know?

I mean, talk about a personality pic.

And I’m just left wondering, what could they possibly be talking about?

An upcoming collab on TS7? Maybe he’ll drop a cover of Look What You Made Me Do! That seems like his cup of tea.

Better yet, and I know it’s a longshot here, but maybe we’re looking at Taylor’s new mentor?!?

I mean, we know Taylor has already had a goth-slash-emo phase

And she looks hot rocking a dark lip.

Reputation was pretty moody, so maybe we have some hardcore goth rock coming from Tay…?
Reputation cover

Although, not really sure about how goth she will go seeing how Taylor’s new single and era is brighter than a rainbow… I guess we will just have to wait and see until TS7 drops!

And she wasn’t the only one that Manson was hanging out with.

Joe Jonas posted this picture of him and Manson, along with Ryan Seacrest, saying “Hi, we are the Jonas Brothers, and you’re watching Disney Channel!”

OK, but now I wanna hear from you. What do you think a collab between Taylor and Marilyn Manson would even sound like? And also how do you think the conversation went between them?? Let me know all your thoughts below, because I really have no idea.

ALSO guys, have you subscribed to our Channel??? What are you waiting for, I’ll wait for you, if you’re one of those people… Yeop, still waiting. Also be sure to hit the bell to be notified every single time we post.
Then when you’re done, click right over here for a brand new video and give this video a thumbs up. Thanks for hanging with me, I’m Sussan Mourad, and I’ll see you later, because… you subscribed.

Taylor Swift RESPONDS To Bodysuit Controversy In “…Ready For It?” Video 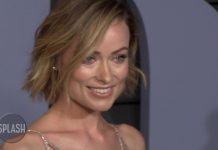