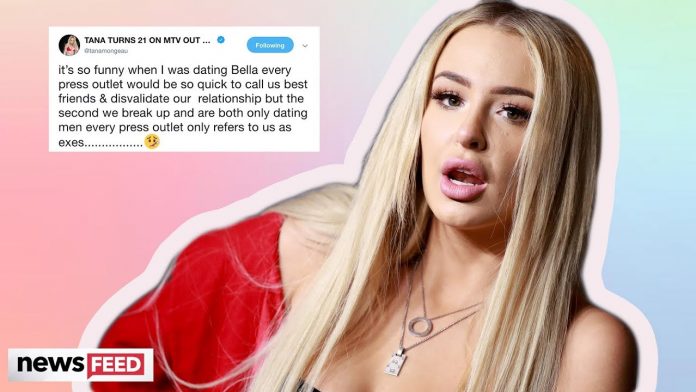 We’ve all been talking about Tana Mongeau and Jake Paul’s engagement pretty much non-stop, but Tana has an issue about the press coverage, and no it’s not that people have been calling their engagement fake.

What’s up guys? It’s Maddie Cocklin here with Clevver News and Tana Mongeau just called out how the media coverage of her past relationship with Bella Thorne is different from her current engagement to Jake Paul.

Let’s start by saying ‘thank you’ Tana for bringing this important topic up, we definitely do our best here at Clevver but it’s always a good reminder.

In case you missed it Tana and Bella were in a polyamorous relationship for about a year before parting ways back in February.

And now, Tana is taking to Twitter to vent her frustrations about how she feels the media is being bi-phobic.

She said quote, “it’s so funny when I was dating Bella every press outlet would be so quick to call us best friends & disvalidate our relationship but the second we break up and are both only dating men every press outlet only refers to us as exes.”

But Tana’s rant didn’t end there. She called out the Daily Mail for a now-deleted headline that said quote, “Revealed: Bella Throne’s ex Tana Mongeau’s ‘marriage’ photo shoot with Jake Paul was just a stunt.”

Tana responded by saying quote, “1. thorne 2. hi i’m tana not just someone’s ex 3. just an engagement shoot. not a stunt. 4. should i start writing these articles for you? i would slay it!”

And Tana’s fans are coming to her defense on Twitter.

One person tweeted quote, “The press needs to be more LGBT friendly. You and @bellathorne really cares for each other and I hate how the media marginalized that and only validated the relationship after it ended. That’s just maddening”

And another made a good point saying quote, “Girl, bi erasure is real. Freddy Mercury is touted as one of the most famous gay men of all time… and he was OPENLY bi. Bisexuality will always be INvalidated. If it happened to Freddy, it’s goddamn sure gonna happen to you.”

It looks like this is something that everyone could probably be more conscious of, not just the media.

Alright guys, I want to hear from you.

What do you think of Tana’s tweets? Do you agree with her?

Let’s chat it out in the comments section below and when you’re done with that go ahead and Click the bell to be notified every time we post… give this video a thumbs up and since it’s Friday I’m gifting you with another Clevver News video right over here!

Thanks for hanging out with me, I’m Maddie Conklin and I’ll catch you on the flip side! 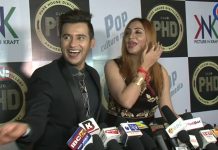 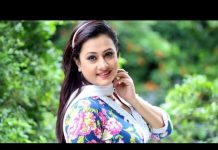 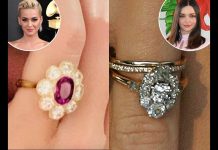 Hollywood star lifestyle | All the celebrities who have got...