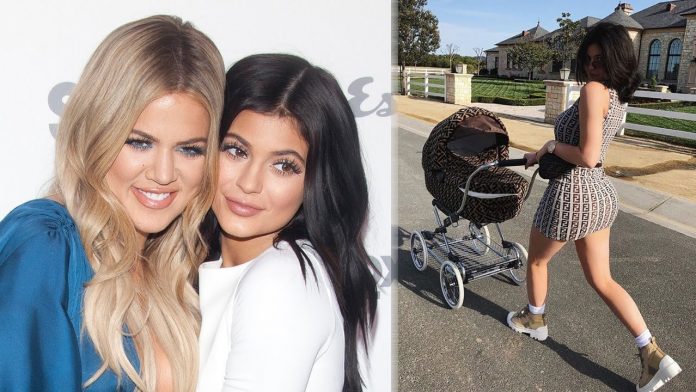 Thank you to the National Highway Traffic Safety Administration for sponsoring this episode #justdrive If you’re texting, you’re not driving.

The KarJenner family’s social media is flooded with congratulations to Khloe Kardashian with the arrival of her baby girl. This episode is brought to you by NHTSA reminding us that if you’re texting you’re not driving. **NIT-SUH**

If Kylie doesn’t congratulate Khloe on snapchat, then did she even have a baby?

And while Kylie wasn’t at the hospital when she gave birth, she still showed her support via snapchat shortly after her baby girl arrived.

The snapchat queen used her very own special filter that read “Kongrats, Khloe! It’s a girl!” Kongrats with a K, of course. And the words were surrounded by pink balloons.

The location of Kylie herself was in the passenger seat as she drove around with her BFF Jordyn Woods.

And, of course Kylie wasn’t the only one sending well wishes to Khlo! Kim tweeted that the baby was gorgeous and Kris shared on instagram QUOTE, “BLESSED!!!”

But back to Kyls, she was recently out and about taking a stroll with baby Stormi. And you know that little girl rode in a stroller more expensive than the down payment on my car!

What did you guys think of Kylie’s snapchat congrats? Let us know in the comments and don’t forget to subscribe. As always, I’m your host Ava Gordy, thanks so much for tuning in to Clevver and I’ll see you guys next time.

Now, click LEFT to see all the Gigi Hadid References in Zayn’s new music video or to the RIGHT to hear how tristan plans to explain the cheating scandal. This episode was brought to you by NHTSA reminding us that if you’re texting you’re not driving. **NIT-SUH** 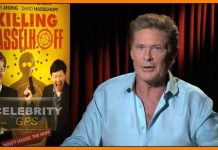 The HOFF got married – Hollywood TV 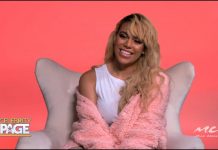