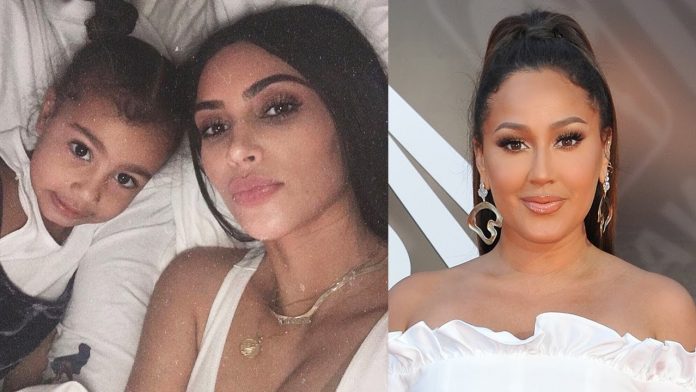 Kim Kardashian took to her Instagram stories yesterday to reveal the fun fact that her daughter North is OBSESSED with the 2003 Disney Channel Original Movie, ‘Cheetah Girls’. If you didn’t get a chance to see the film back in the day, it starred Raven Simone and Rob Kardashian’s ex, Adrienne Bailon, as singers in a 4-member girl group who are determined to become stars, a la Destiny’s Child. Not only did they do a movie, the Cheetah Girls also produced music as a group and toured together.

The movie musical is filled with epic dance routines, catchy tunes, and all the ever-important themes of girl power and friendship, so no wonder North is so obsessed.

But what really had fans screaming about Kim’s post is her joking about the fact that once upon a time, there was a chance that Cheetah Girl Adrienne Bailon COULD have been North’s auntie.

In her Instagram post, Kim shared a clip from the Disney movie featuring Adrienne, and wrote on it QUOTE, “North’s new obsession! #CheetahGirls”. She also tagged Adrienne in the post and wrote QUOTE, “Should I break the news to North that this could have been her auntie?!?!?!”

You might recall that Adrienne and Rob had a very serious romance from 2007 to 2009, and aRob even had Adrienne’s name tattooed on his body when they were together. Their relationship reportedly came to an end after Rob cheated. Both moved on after the breakup, and while Rob is currently single, Adrienne got married in 2016.

Despite the circumstances surrounding her split with Rob, Adrienne has remained friendly with the Kardashian fam over the years, and she even commented on Kim’s recent ‘Cheetah Girls’ story. She wrote QUOTE, “Just woke up to this! LOL. This hairstyle and this outfit. HYSTERICAL. CHEETAHLICIOUS.”

Hm…why do I have a feeling that an announcement about a ‘Cheetah Girls’ remake is going to start making the rounds soon? Maybe it’s because North has excellent taste and now is the PERFECT time to revive the 15-year-old flick. And hey if Adrienne and Raven are down to sign on for at least one cameo and a duet or five, we are all for it.

Alright guys now I wanna turn it over to you — would you be excited about a ‘Cheetah Girls’ reboot? And who would you want to see star in it? Sound off with all your feelings and opinions below.

Thanks for watching! Please Click to the right to watch another new Video and don’t forget to subscribe to our channels. As always I’m your host Ava Gordy and I’ll see you next time! 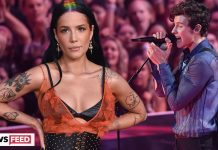 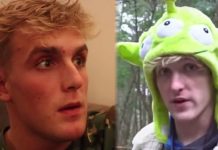 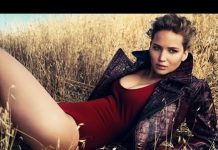