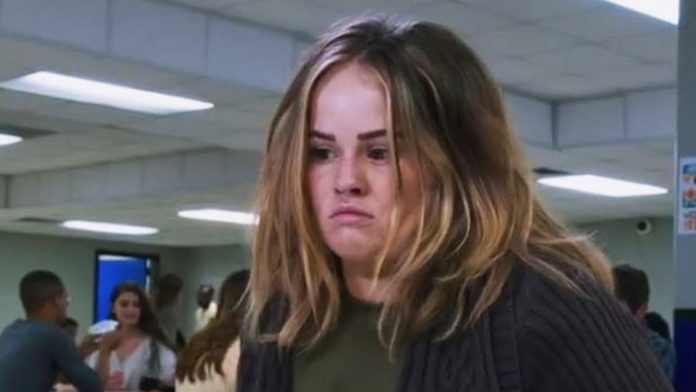 Debby Ryan’s Netflix show ‘Insatiable’ continues to receive backlash and now those who are against it have banded together to try and cancel the show.

These critics actually started a petition to cancel the series and it’s gotten more than 100,000 supporters…
Ever since Netflix dropped the first trailer for their upcoming series ‘Insatiable,’ the response towards the new comedy-drama has been less than stellar.

Almost immediately the show received a TON of backlash with many citing the show to be offensive due to its premise of an overweight girl suddenly losing a bunch of weight. The reason for this is because Patty, the main character, was punched in the face and had to get her jaw wired shut, causing her to lose all of that said weight – and then becoming newly popular among her classmates.

This definitely did not sit well with many people and it eventually led one person by the name of Florence Given to start a petition on Change.org to cancel the series and remove it from Netflix’s show list. The argument for this petition was written in the description as QUOTE, “The toxicity of this series is bigger than just this one particular series. This is not an isolated case, but part of a much larger problem that I can promise you every single woman has faced in her life: sitting somewhere on the scale of valuing their worth on their bodies, to be desirable objects for the male gaze. That is exactly what this series does. It perpetuates not only the toxicity of diet culture, but the objectification of women’s bodies.”
As of the time of this reporting, Florence’s petition received 120,746 signatures. Although many have made it very clearly that they’re not here for the show, Insatiable’s cast and crew have all defended the series on Twitter and have pleaded with viewers to give it a chance.

Debby spoke out against the backlash by revealing her own body image struggles and why this show spoke to her. She wrote QUOTE, “Twelve years into my own struggles with body image, struggles that took me in and out of terrible places I never want to go again, things I choose every day to leave behind, I was drawn to this show’s willingness to go to real places about how difficult and scary it can be to move through the world in a body, whether you’re being praised or criticized for its size, and what it feels like to pray to be ignored because it’s easier than being seen.”
The show’s creator, Lauren Gussis, also spoke out with her own statement and revealed that the show was based on her own experiences as a teenager. She wrote in a lengthy note attached to her tweet QUOTE, “When I was 13, I was suicidal. My best friends dumped me, I was bullied, and I wanted revenge. I thought if I looked pretty on the outside, I’d feel like I was enough. Instead, I developed an eating disorder… and the kind of rage that makes you want to do dark things. I’m still not comfortable in my skin…but I’m trying to share my insides – to share my pain and vulnerability through humor. That’s just my way. This show is a cautionary tale about how damaging it can be to believe the outsides are more important – to judge without going deeper. Please give the show a chance.”

‘Insatiable’ is set to launch August 10th on Netflix. According to Variety, reps from Netflix declined to comment on the petition.

I know that was a lot to take in but now it’s time for me to turn it over to you. Do you support this petition to cancel the show or do you think people should give it a chance? Explain your stance in the comment section below. Then click to the right to watch another new video and don’t forget to subscribe to our channels! Thanks for hanging with me, I’m Renee Ariel and I’ll see ya next time.

Daniel Craig to get star on Hollywood Walk of Fame |... 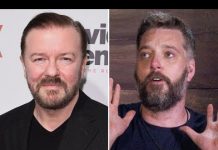 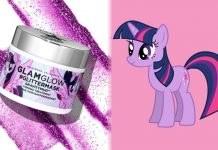 My Little Pony GLITTER Masks Are About To Get you Triple... 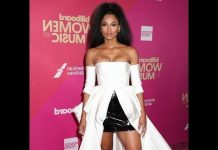 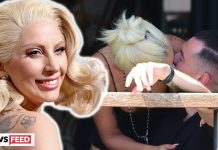