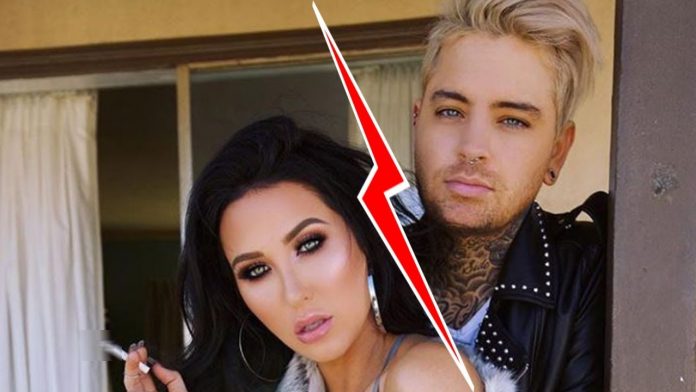 After weeks of speculation that there was trouble in paradise for the YouTube couple, Jaclyn and John Hill have confirmed that they are, in fact, getting a divorce. In two separate, very emotional posts on Instagram, Jaclyn and John confirmed their some of their fans’ biggest concerns- that the two, who have both been so open about how much they’ve been through as a couple, including battles addiction and sobriety, were calling it quits.
Jaclyn wrote QUOTE “After almost 9 years of marriage Jon and I have decided to divorce. Although this has been one of the hardest dicisions of our lives, I know it’s what is best for both of us. I will always have love for him, and I am so grateful for all the good times we shared together. My heart is broken by this, but I still believe inlov eand believe everyone has a chance for a happy ending. Thank you so much for love and support towards the both of us. “
In Jon’s post, he added QUOTE “This is obviously not the future we envisioned but we were very young and have since both changed and grown apart. Although there’s still love between us, we feel it’s best to go our separate ways.”
The Hill’s were married back in 2009, almost 9 years ago, so the news about their divorce is so sad, but honestly not that surprising, considering it’s been really obvious that there was something going on between the two over the past few months and it did not look good.
It was just last month that Jaclyn and John appeared to have unfollowed each other on Instagram, which only concerned fans of the couple even more, since Jaclyn was also seemingly avoiding her famed YouTube channel. Reaching out to her disappointed fans, Jaclyn said QUOTE ““I’m sorry that I’ve been so absent recently. It’s [sic] kills me not being able to talk to you openly about my life. But I need this moment to myself & I will be back soon. I promise all your questions will soon be answered!” Now, Jaclyn did return to her channel, but for fans, that was pretty much confirmation that there was definitely something up, so when Jaclyn and John seemingly shaded each other online, rumors really started to fly.
In a recent video review of the new Kylie Cosmetics Kris collection, Jaclyn used some choice words when describing her distaste for QUOTE “cool toned browns.”
Immediately, fans were quick to question if Jaclyn was actually not so subtly trying to insinuate that her husband had cheated on her, and when he happened to upload a video clip from The Wedding Singer to his Instagram stories, in which Little Petey saying “Hey Linda, you’re a bitch.” (Jon shade response)
Jon tagged Jaclyn in the vid, and naturally, everybody thought it was a direct response to her. But it turns out really wasn’t the case at all, because Jon quickly addressed fans who thought they were witnessing a very public fight, saying QUOTE “ For everyone thinking that Adam Sandler snap was me throwing “shade” at Jaclyn is 100% WRONG! That’s her and I’s favorite movie and that scene kills us so I tagged her in it. I would NEVER do that. Come on now.” (Jon shade response)

Really, we didn’t actually think these two would air their grievances online, but whatever led to this decision, that I’m sure is extremely painful for both them, the most important thing here is that we show them some love during this difficult time. So to both Jaclyn and John, we wish you the best.
Now it’s time to weigh in on the news about Jaclyn and Jon’s divorce? Did you see this one coming? Is 2018 cursed? Leave all your thoughts down below and then you can click right here to find out why Kim had to delete her latest Insta post. Thanks so much for checking in with me here on Clevver News, I’m Sinead de Vries, and I’ll see you guys next time.

Who Is The Best Dressed Avenger | Celebrity News | Hollywood... 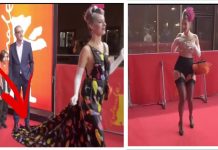 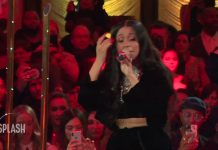 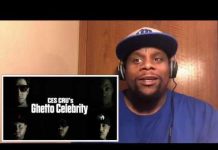 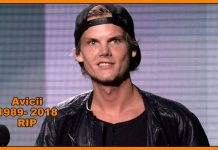