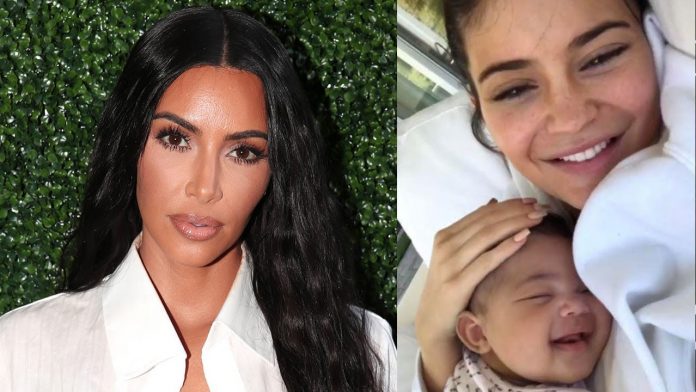 On Monday, Kim Kardashian posted a photo taken form her adorable Snapchat video with Chicago with the caption “Chi Noel”. The mystery of the caption had everyone in a tizzy as neither of Kim and Kanye’s other kids, North and Saint have middle, nor do their cousins Stormi and True AND the middle name section on Chicago’s birth certificate is blank. Also, NONE of the baby announcements included a middle name! Sooooo what’s the deal?
Well, it could be that little Chicago is the exception. After all, we know that Kim said she preferred one syllable names back on Ellen, but made the exception for little chi. So maybe she got a middle name exception as well? We know that right now the other new babies have gotten “family names”, with Khloe’s baby named after Kris Jenner’s grandfather, and Noel is Kim’s own middle name!
Or, alternative theory? Maybe Kim is just gonna go by Noel now. WHO KNOWS?
We wonder if Kim went to Kylie for advice on the matter, as we just found out that she’s recently been going to her 20 year old sister for parenting advice. According to E news, “Lately, it’s been Kylie [I’ve been going to advice for]. Kylie is up on all the new gadgets and the new baby stuff.”
But obviously all the Kardashi-mamas talk to each other about parenting and support each other to the best of their abilities. In the same interview, Kim said of her sisters, “
“I think we’re even closer now because Kourtney and I, even if we don’t disagree on some parenting tips, we’ll discuss them thoroughly and we respect each other’s rules, but we pick up the slack for each other too. I know that if Kourtney’s out of town, then the kids will sleep at my house and we’ll plan these fun things where the kids always feel loved. We’re always helping each other out.”
She also said that she and Khloe have the most similar parenting styles and that she will also go to a non-clan member, friend Larsa Pippen for additional advice.
So what’s the deal with Chicago Noel? Why do YOU think Kim captioned that? And do you have unsolicited parenting advice? Let me know all of your thoughts in the comment section below! Thank you so much for watching clevver News, I’m Zoë Lillian! Please click over to watch another breaking news story and don’t forget to subscribe to our Channels!

Bollywood celebrity before and after pictures 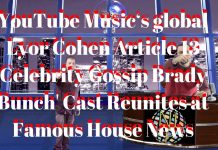