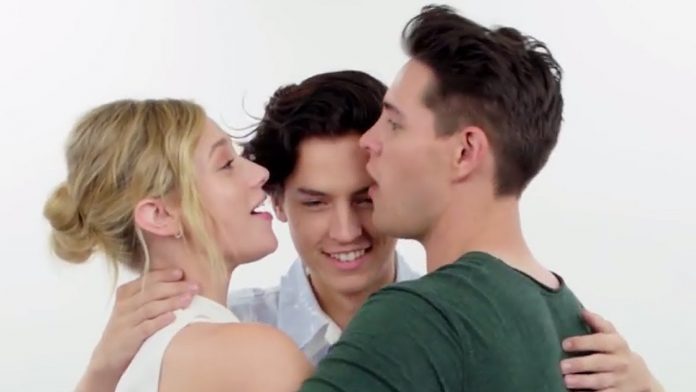 The Riverdale cast takes a very revealing friendship test. Plus, they spill some juicy details on Archie’s fate in the upcoming season 3! What’s up, guys! There is an 8 and a half minute video on the internet today which is the sweetest most wholesome thing you will ever see and you MUST see it. Thanks to the creative people at Glamour Magazine, the cast of one of our favorite shows had to undergo several layers of friendship exercises all on camera. As if these castmates weren’t close enough, Cole Sprouse, Lili Reinhart, Madelaine Petsch, Casey Cott, and Vanessa Morgan became even more obsessed with each other by the end of the experiment. First, they each talked about their first impressions of each other. This is Lili’s on her boyfriend Cole.

He said that she inspired excellence in him and everyone else in the cast. Now after the mushy interviews they were put in small teams and forced to hug for a full minute. And as awkward as you’d THINK that is, not for this cast. Because they hug all the time anyway. That’s… their happy place.

Me, too! And then in the end they did those trust exercises where you fall backwards and fingers crossed your friends actually catch you. That or a nasty concussion. Meanwhile, they cast has a lot to say about season 3! QUOTE “They’re going to absolutely just freak out, man,” KJ Apa told ET Online. “It’s going to be gnarly.” As Riverdale fans will remember, we left season 2 with Archie being framed by his girlfriend’s father and arrested for murder, while Veronica has the shocking realization that her father was a bad guy, plus there were two murderous Black Hoods, and Jughead almost died. KJ hinted QUOTE “Archie’s in court and we’re going to see if he goes to jail. But I can’t tell you if he goes or not.” Then Casey Cott said QUOTE “KJ and I actually have some cool stuff together, which has been really fun. Really difficult to shoot a serious scene with.” To which KJ added, QUOTE “[They’re] the most impossible scenes to shoot, because we can’t stop laughing.” That’s a great problem to have. What do YOU guys think is gonna go down in season 3? And honestly, how adorable is this cast? Don’t you want to be their best friend? Comment below or if you’re cool find me right now on Twitter and Insta and send me a smiling emoji and I’ll emoji you back. @Miriamisa on Twitter. @Miriam_isa on IG. Then click here for another cool video by Clevver. I’m Miriam Isa. See you guys somewhere on the internet. Have a great day!

Top 10 Celebrities Who Are Never Out of The Spotlight 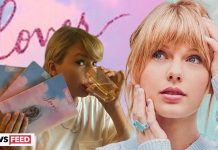 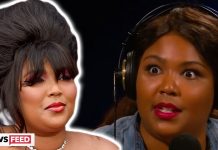