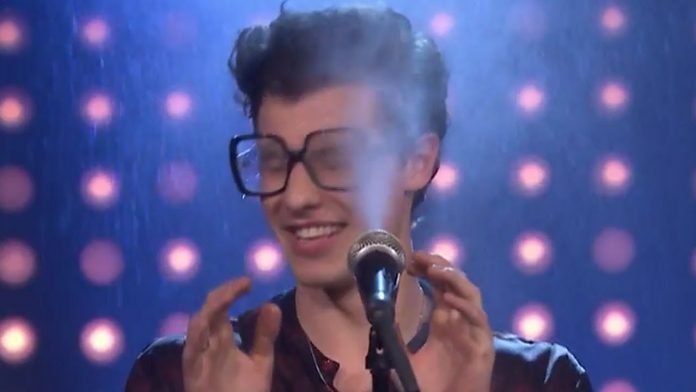 This was definitely a less than glamorous appearance on a late night talk show for Shawn Mendes. On Thursday night, Shawn stopped by The Tonight Show to chat with Jimmy Fallon about his new found friendship with Justin Timberlake, perform his song ‘Lost In Japan,’ and of course, play a game with Jimmy.
But before we get into all the juicy deets about Shawn’s friendship with Justin – which sparked an argument between Shawn and Jimmy, by the way – let’s talk about their failed attempt at singing some of the biggest hits of the decade.
During Shawn’s appearance, he played a game of Slay It, Don’t Spray It with Jimmy and the rules were pretty simple. Each contestant had to sing their given song and if they couldn’t fill in the lyrics when the music stopped, they’d get sprayed in the face with water. Oh, and spoiler alert, neither Shawn or Jimmy could get through their turns without getting sprayed in the face.
Ugh, so close you guys, so close.
Anyway, aside from showing off their musical memory skills – or lack thereof – the two had a chat about Shawn’s most recent performance with the one, the only, Justin Timberlake at the iHeartRadio Music Festival in Vegas.
While Shawn was gushing about his on-stage experience with JT, he couldn’t help but make Jimmy feel a little jealous when he said this.
Okay, guys, there’s enough JT to go around between the both of you. And to top off the appearance, Shawn took to the stage to perform his hit song, ‘Lost In Japan.’
So what did you guys think about Shawn’s hilarious appearance on The Tonight Show? What was your favorite part about it? Leave your thoughts and comments in the comment section below. Then click on over to the right to watch our latest Dirty Laundry episode featuring all the looks from New York Fashion Week. Thanks for hanging with me, I’m your host Emile Ennis Jr., and I’ll see ya next time! 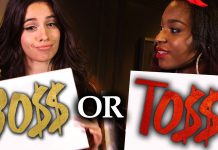