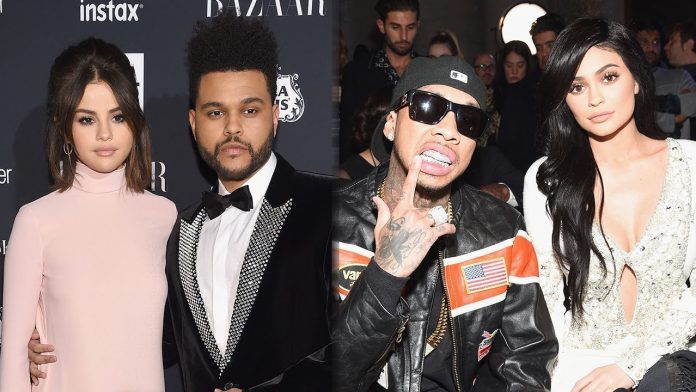 It was a rough year for two of young Hollywood’s most talked about couples, but which breakup was the most shocking? This is Clevver’s Best of 2017.

Where has the time gone?! Before Travis Scott was buying, what I can only assume will be a diamond accented baby crib, and before Justin Bieber was winning back his first love with bike rides and smoothies, their current lady loves were causing internet pandemonium with two of the biggest breakups in Hollywood this year.

In 2015, Kylie Jenner and Tyga began what would become one of the most talked about Hollywood love stories. AND most watched because, let’s be real, we watched The Kyga Show on Snapchat like… every single day?

Kyga continuously made headlines when they broke up and got back together, multiple times, but they were also at the forefront of so many engagement rumors and, to be honest, we kinda believed it would eventually happen. Aside from Kylie calling Tyga her husband literally every chance she could,

2017 started on a seemingly good note for Kyga, but on Valentine’s Day, Kylie posted what is now the final photo of her and Tyga as a couple on her insta, after nearly 3 years of dating. Their breakup was so hard to believe that nobody really believed these two were over for good. In an episode of Life of Kylie, the reality star revealed that the split wasn’t even the result of any major fight.

It honestly just makes their breakup more shocking. That, and the fact that Kylie is now, not only in a serious relationship with Travis Scott, but also pregnant with their first child, a girl, due this January… allegedly.

But before you make any rash decisions, let’s hear it for contender number 2 in the most shocking splits of 2017: Abelena.
Okay, let’s be real, Abelena, in its entirety, was a shock. Just like something that fell out of the sky and smacked us in the back of the head, pictures hit the internet showing Selena and The Weeknd making out in Santa Monica… next to a dumpster.. on like a Tuesday. We were like ‘I’m sorry, what?’ and Abelena was like “Okay, bye, we’re going to Italy now.” And we were still like ‘I’m sorry, what?’

By April, Selena had travelled to 10 countries on 3 different continents to be with her man who was on his global Starboy tour. Then, after partying at Coachella together, the two made their official red carpet debut as a couple at the 2017 Met Gala. As things quickly heated up, Selena and The Weeknd openly shared their adorable relationship with all of us.

We’re eternally grateful.
When Selena suffered kidney failure, and was forced to have a kidney transplant surgery this past summer, Abel was right there by her side, through it all. Multiple reports have recently surfaced suggesting that The Weeknd even scheduled part of his tour according to Sel’s recovery. So, really, the only thing that made their unexpected relationship even more shocking was the breakup that, once again, smacked us all in the back of the head. One day you’re celebrating Halloween at Universal Studios, the next you’re donezo. And we were like ‘wait, wut?’ Abel & Selena were just getting started, and had already been through so much together. Since the split, Selena opened up to Billboard revealing QUOTE “We ended it as best friends, and it was genuinely about encouraging and caring [for each other], and that was pretty remarkable for me.” Also, since the split? Jelena 3.0! Buuuut that’s another story.
Whatever the future is for Abelena’s friendship or Kyga’s…. whatever that is, one thing is for sure. Their breakups rocked our worlds.

So now it’s time for you to cast your VERY IMPORTANT vote for the most shocking breakup of 2017. Will it be Kyga or Abelena? Leave your decision in the comments below and then take a trip down memory lane & click right here to relive Abelena’s cutest moments together and, of course, hit that subscribe button. I’m Sinead de Vries, & I’ll see you all soon right back here on Clevver News.

Kim Kardashian And The Girls Spend The Afternoon Together 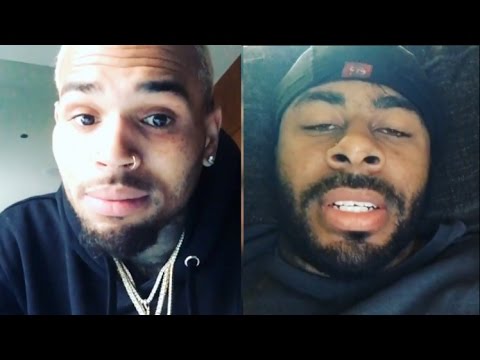