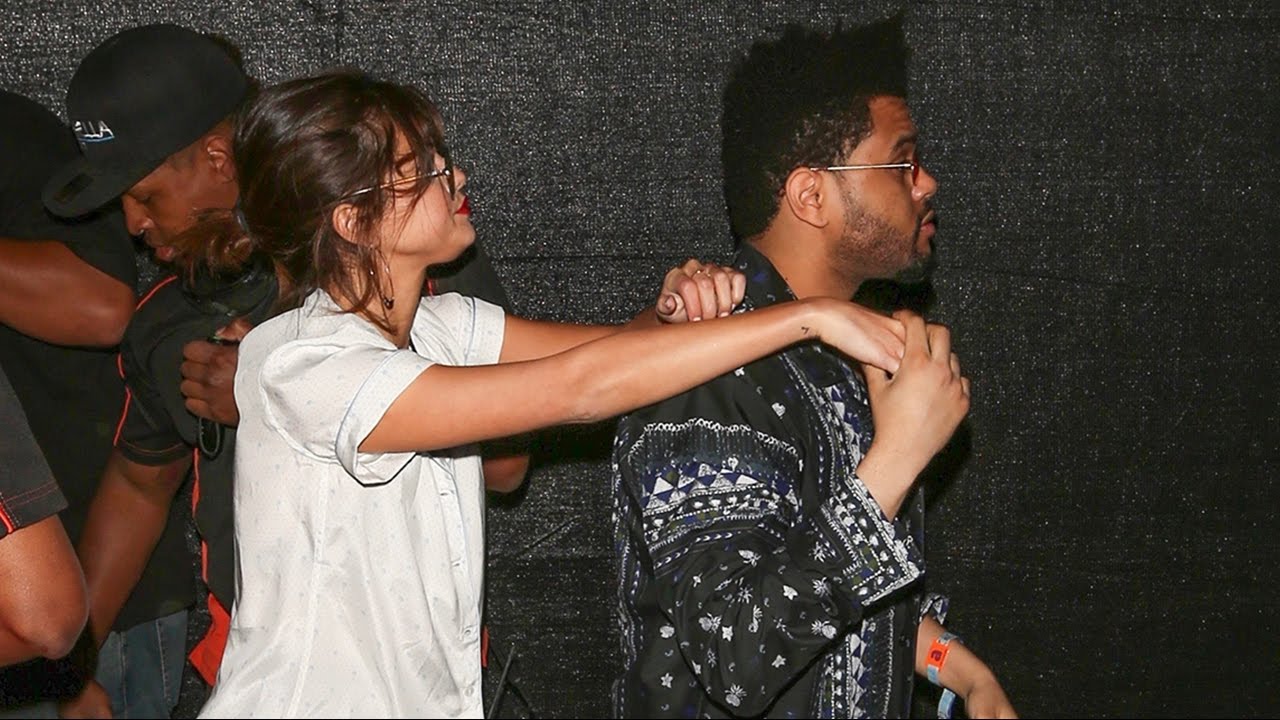 Selena Gomez and The Weekend make their way to Coachella! And, could the Weekend be a possible surprise guest performer?
Today’s episode is brought to you by the Un-carrier®. With T-Mobile ONE™, get all unlimited, all in!
Selena and The weekend are being spotted all over Coachella and we are loving every minute of it!

It is just the beginning of the Coachella festivities and already the rest of us are living vicariously through Selena and The Weekend. Selena stayed close and cozy to her boyfriend during Travis Scotts performance. And fans have been snapping pics and sharing stories when they spot the two!
But rumor has it The Weekend might actually be performing! According to TMZ the Weekend is going to be a surprise performer at the music festival. But until then we can gush over adorable photos of the couple draped around each other so they can stay close through the massive crowds. Side note though can I just say I am living for Selena’s chill Coachella outfit vibe. Usually people are head to toe in glitter and amazingly over the top boho outfits but Selena is just as epic and sleek in a white button down shirt, jeans and white sneeks with her hair pulled back out of her face and sun glasses. She is seriously perfection.
What do you guys think about The Weekend being a possible performer at Coachella? Let us know in the comments below and as always don’t forget to subscribe to Clevver News. I’m your host Meghan Lamontagne and have an awesome weekend!

Denzel Washington On His Kids Working In Hollywood, Almost 35 Years...