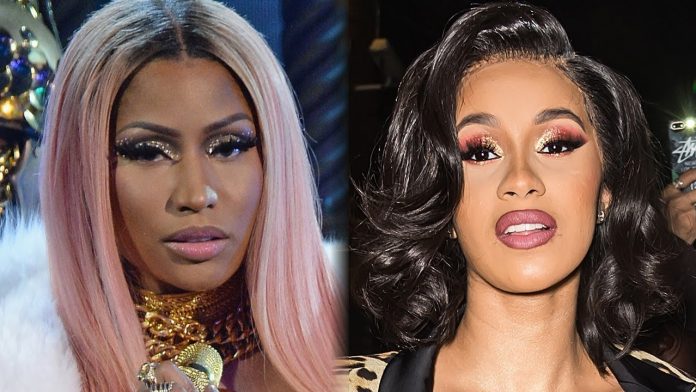 The queen has spoken. And this is what she had to say.
It was the shoe seen around the world. This weekend on Friday; Cardi B threw a shoe at Nicki Minaj at Harper’s Bazaar Icon party at The Plaza Hotel in New York City proving that their beef is still well, raw. The brawl was all caught on camera and after the incident Cardi took to Instagram to tell us her side of the story by writing QUOTE “I’ve let a lot of s–t slide! I let you sneak diss me, I let you lie on me, I let you attempt to stop my bags, f–k up the way I eat! You’ve threatened other artists in the industry, told them if they work with me you’ll stop f–kin with them!! I let you talk big s–t about me!!”She goes on to say “I addressed you once in person, I addressed you a second time in person, and every time you copped a plea!! But when you mention my child, you choose to like comments about me as a mother, make comments about my abilities to take care of my daughter is when all bets are f–kin off!! I’ve worked too hard and come too far to let anybody f–k with my success!!!!. Cardi ended her rant by saying “Bitches talk all that s–t in they raps but in real life they p–sy!! This s–t really is for entertainment!!”

Of course since then all eyes have been on Nicki Minaj to tell us her side of the story. On Sunday, Nicki uploaded a video of herself listening to the song HardWhite off her latest album Queen which many believe is a diss track to Cardi B because she references Cardi’s former job of being a stripper.
TOSS: (whole video)
And today Nicki revealed how she really feels about Cardi and the whole scuffle that went down on Friday on her latest episode of her podcast Queen Radio.

Nicki first spoke out about her ex Meek Mill and Drake making up and how happy it makes her that they’ve made up. Interestingly enough though she brings up her on-going feud with Cardi b.
Nicki opened up about the altercation with Cardi on Friday and said she’s mostly embarrassed by what went down. She said QUOTE “I could not believe how humiliated it all felt. Because we, how we made ourselves look. I would never discuss anyone’s child. For someone to pin that on me because I’m the bad guy and they know people would believe them.”

Nicki then addressed Cardi directly by saying QUOTE “You came into my f—in culture. I never had to bang a DJ to play my songs. You call black women roaches. Real bitches never attack a woman. You’re angry and you’re sad. This is not funny. Get this woman some f—in help. This woman’s at the highest point in her career and she’s throwing shoes?”
Nicki also said Cardi QUOTE “ Has built her career off sympathy and payola.”

Payola is now trending on twitter and you guys can listen to Nick’s entire podcast Queen Radio on Apple music.
Alright I have to turn it over to you guys now. What are your thoughts on this whole Nicki Cardi B feud? Are you taking sides? Or do you think this is all for publicity? Let us know your thoughts and opinions on all of this in the comment section below. And then when you’re done with that, click right over here to watch another new video and of course don’t forget to subscribe to our channels. Thanks for tuning into Clevver News, I’m your host @nazperez and I’ll see you guys next time! 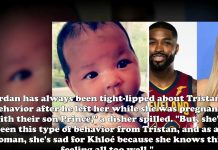 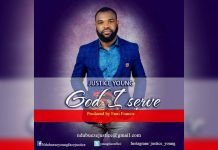 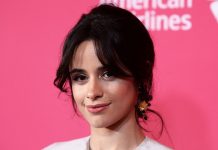