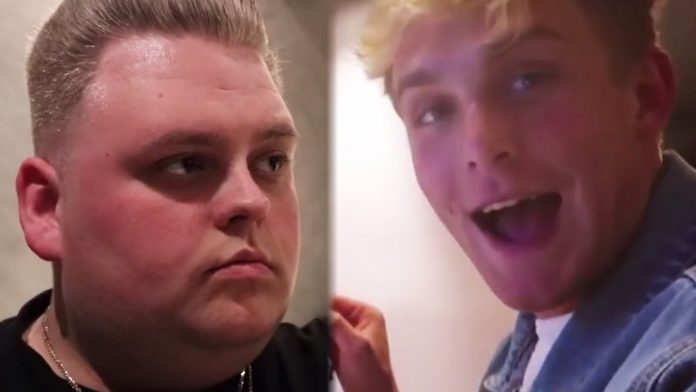 The latest episode of Shane Dawson’s Jake Paul docuseries promised to explore the vloggers alleged QUOTE “enemies.” Right off the bat, we knew that was exactly what we were going to get because mere seconds into the ep, Shane tells viewers and Andrew that former Team 10 COO, Nick Crompton, has agreed to sit down for an interview. Bring on the tea.
Shane meets Nick at an undisclosed location, which turns out to be a seriously incredible mansion, but I digress. Seriously though, it’s incredible.ANYWAY, once they’re together, Shane doesn’t waste any time asking Nick the one question everybody wants to know the answer to when it comes to Team 10… Is it all real? Nick’s ready to set the record straight once and for all.
Though the was hesitant to come right and say that the majority of what we see is fake, he also tells Shane that the truth QUOTE “fixes a lot of problems, especially some of the big problems where people just think something that’s not true,” and he’s totally talking about the Martinez twins.
Although the Martinez twins left Team 10, citing abuse as a main reason as to why, Nick sets the record straight revealing that the pranks that had supposedly led to them leaving were all fake- the twins were in on it, he says. So the Martinez twins saying Jake and crew trashed their room?
Is your mind blown yet? And again, according to Nick, they QUOTE “don’t want to tell everyone that everything is fake, so we just keep taking these hits.” And sure there are two sides to every story, but based on this interview alone, Nick seems like a really stand up guy.
But while the pranks themselves are allegedly scripted, Andrew mindfully points out that there is plenty of video evidence showing Jake saying really horrible things about the team members…bullying them, and while it might be lighthearted or part of the act like the pranks are, how much of that kind of verbal abuse can someone really take before they start feeling attacked? Even if it’s a joke?
That said, if what Nick says is true and the Martinez twins were in on the pranks that they then claimed was a complete surprise to them both, then that’s pretty messed up too. So basically, we still have a lot to learn about Jake and as Nick explains to Shane QUOTE “understand the why to the what,” and whoo, are we ready to understand the why, am I right?
And it’s still just the tip of the Jake Paul iceberg because Shane reveals at the end of part 4 that Alissa Violet’s ready to tell her side of the story come part 5 so it’ll be interesting to find out from her what of her and Jake’s dynamic was real or what was fake…
Patiently waiting for part 5. Alright, guys, so much to digest here, but it’s time for you to share your thoughts on Nick saying Team 10 videos are scripted. Were you surprised to hear him say they’re not real? Drop your thoughts down below and then you can click right here for another brand new vid and be sure to subscribe. Thanks so much for checking in with me here on Clevver, ,I’m Sinead de Vries, and I’ll see you guys next time. 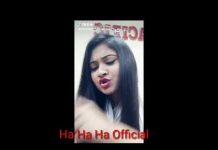 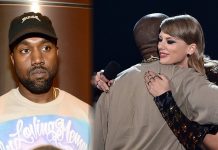