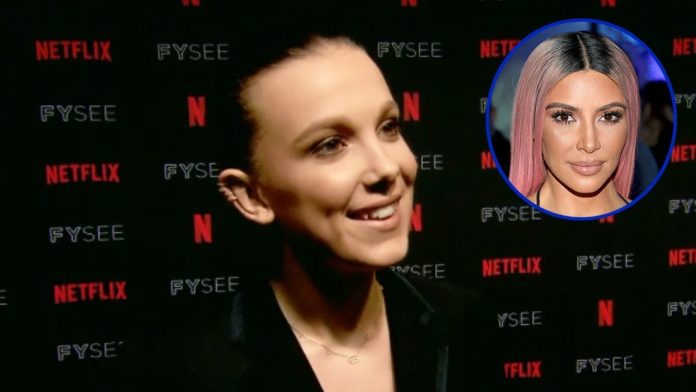 Millie Bobby Brown is a self-proclaimed Kardashian ENTHUSIAST, and she’s even hung out with Kim K before, as evidenced by this adorable snap Kim shared of the pair…

So when Millie was asked who she’d like to see make a cameo on Stranger Things 3, which is currently in production, the young actress did NOT hesitate to suggest her favorite reality star.

Millie’s co-star Noah Schnapp is adorably confused by Millie’s cameo joke, which is fair considering the chance of Kim actually being on the show is probably very, very low. But a girl can dream, right?!

And speaking of Millie’s Stranger Things casting dreams, she also recently revealed that she wants to offer Leonardo DiCaprio a role on the show, saying that she wants him to play QUOTE, “Eleven’s long-lost brother”. And she’s clearly put some thought into the idea, because she added QUOTE, “I have already made a storyline. Leo, if you want to be in Stranger Things, here’s the contract.”

Now if Leo wants to make an appearance on the show, we have a feeling the producers would be more than happy to throw him a line or two. And even if he DOESN’T follow up with Millie on her offer, can we please hear her idea for this long-lost brother plot?! Because we are MORE than intrigued.

In addition to revealing her season 3 dream co-stars, Millie also recently opened up about what the next season has in store for Eleven.

She told Variety QUOTE, “It’s a beautiful storyline for Eleven this season. It’s really a coming of age for her and understanding what being a normal teenage girl is. ”

Alright guys now it’s time to share your thoughts — how do you feel about a Kim K cameo in Stranger Things? And if Leo isn’t avail, which actors do YOU want to see snag a role in Season 3? Sound off in the comments with your answers, and after that click right over here to see us break down all the Royal Wedding fashion on Dirty Laundry. Thanks so much for joining me on Clevver News, and don’t forget to hit that subscribe button! I’m your host Vivian Saldana, and I’ll see you next time!

First Look At Game Of Thrones Season 7 & What The... 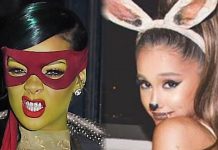 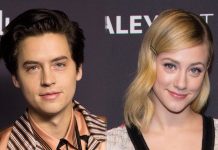