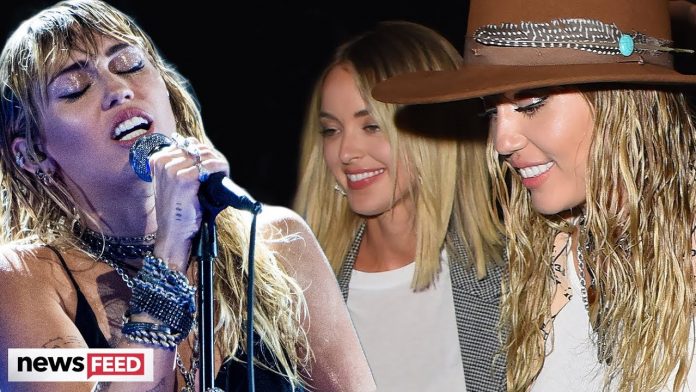 Did y’all catch the VMAs Monday night? If you did you caught a lot of Miley … okay not THAT much of Miley, it’s not 2013 afterall

What’s up guys it’s Drew Dorsey here with Clevver News and if you didn’t catch Miley’s performance of her new song “Slide Away”, you need to go check it out

After this, of course, because I’ve got a pretty juicy story for you

Okay, so Miley performed “Slide Away” live for the first time ever

With a full string band

And what did she do afterwards to celebrate?

Besides growl at the camera backstage for a bit?

Well, after a quick outfit change she and her her new boo Kaitlynn Carter hit up the after-party scene!

And yes, they held hands

Who also looked like she was having a fabulous time

But before you ask, yes, there was some apparent backstage smooching between Miley and Kaitlynn

I think Nikita could have given Miley one of her extra seats for her puppy friends but okay!

Anyway, the Cyrus fam plus honorary member Kaitlynn went to this after party in Manhattan

And who else was there but Kaitlynn’s ex Brody Jenner

Let’s back up and get this straight

Miley went from an emotional performance about Liam to holding hands with her new girlfriend Kaitlynn to being at an afterparty with Kaitlynn’s estranged husband Brody and his new girlfriend Josie.

And uh, let’s not forget that all this breaking up just happened like, two weeks ago!

You gotta love her for it.

So let’s hear from you guys. Did you like Miley’s performance? Were you also hoping for another song or two from her? Maybe Mother’s Daughter, since Tish was there too! That’s what I was thinking at least. Let me know what you guys think in the comment section below.

Then make sure you subscribe to Clevver News so we can keep on giving you all this VMAs news! And anything else that might come our way today. 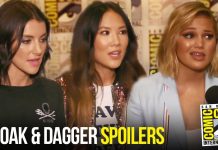 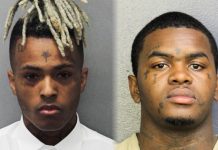