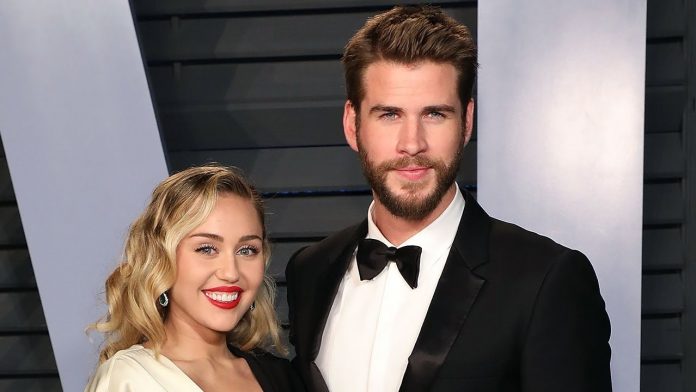 Miley Cyrus and her fiancé Liam Hemsworth made the rounds last night during the 2018 Oscars, making rare appearances at multiple different parties, and might I add, looking as happy as ever before. The pair first stopped by Elton John’s 26th Annual AIDS Foundation Academy Awards viewing party to tune into the show, where Miley added a touch of old Hollywood glam in a hot pink and silver sequin gown by Moschino, and Liam opted for a classic black tux.

Miley documented the evening, posting a sweet photo alongside both her man and Elton, captioning the photo QUOTE, “My two favorite men ” and they seemed to be all smiles, especially following Miley and Elton’s show-stopping Grammy’s duet of his hit “Tiny Dancer,” so it’s safe to assume these two are like, pretty tight.

Miley also posted photos of she and Liam hitting the famous Vanity Fair Oscars after party together, this time going for a black and gold silk floor-length gown. This marks the first time they’ve made a red carpet appearance as a couple since October 2017, which was their first appearance together in FOUR years, since 2013.

Miley has stated in the past that she has retired from walking red carpets due to the chaos that ensues from photographers and demanding reporters, but hey, it’s Oscar night – clearly anything can happen.

So right now, I want to know all your thoughts on Miley and Liam’s Oscar red carpet debut, and which of Miley’s looks (if not both) you were really vibing, so get to talking down here in the comments and after that, be sure to click right over here to check out all the best and not-so-best dressed from last night’s episode of Dirty Laundry. Thanks for hanging out with me here on Clevver News, I’m your host Tom Plumley and I’ll see you next time. 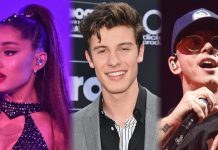 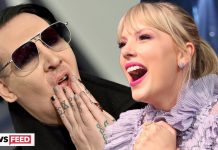 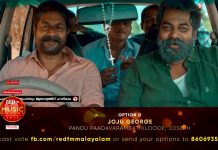 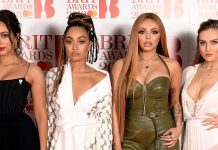