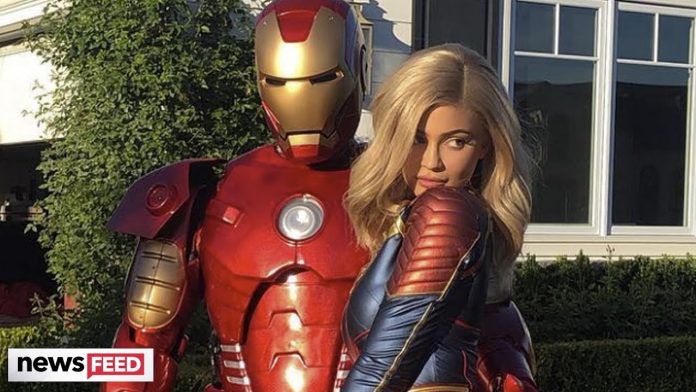 What’s up Guys, its Sussan Mourad here for Clevver News, and while most of us are just excited at the prospect of getting tickets to see Avenger’s Endgame – which we’re SO EXCITED opens TODAY – Kylie Jenner and Travis Scott celebrated the release & Travis’ birthday in their own way!

Ok, so if you’ve ever attended a superhero-themed birthday party before, behold the Kardashian-Jenner version.
Mom and Dad celebrated Travis’ April 30 Birthday a little early, hosting their own ‘Avengers: Endgame’ screening at the Thousand Oaks Luxury Cinema with their family and friends, and the theatre decked out in balloons and candy.
Before going to the theater, Kylie and Travis dressed up as Captain Marvel and Iron Man for an Instagram family photo (as you do) and to be honest, the costumes looked like they were straight from the Avenger’s Endgame set, they were THAT realistic!
Kylie posted this picture of her, Travis and Stormi looking like a true Superhero family with the caption, “Happy Endgame Everyone.” And while we usually try to match our nail polish to our look, the Kar-Jenners match their ferrari’s, because they can.

Kylie then posted a second pic, with her and Travis looking bomb, with the caption: “Oh you didn’t catch iron flame and captain lip kit in the credits? sucks 4 you.”
Kylie’s followers went wild for the pic, including her sis Khloe Kardashian who commented “I Did!” as well as Sofia Richie who also commented “Yes” with a heart eyes emoji.

From pictures and videos shared by Kylie’s sis Khloe, we can see that the party included an Endgame themed birthday-cake with Travis, Kylie and Stormi figures and the words: “Happy birthday husband.” As well as balloons that had the same “Husband” message. Clearly adding more fuel to the rumours that the couple are already secretly married.
Kim also posted clips from the party wishing Travis a Happy Birthday showing off the epic line up of sweets and candy, that could have passed off as a candy store.

Happy Birthday from all of us Travis and also Happy Endgame everyone!! I CAN’T WAIT to see the film!!! So what did you think of Kylie’s and Travis costumes? And also are you excited to see Endgame?? Get talking in the comments section below, but please NO SPOILERS!! You can also find me on Instagram, Twitter and YouTube at Sussan_Mourad. 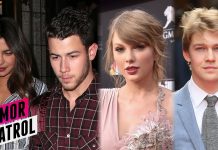 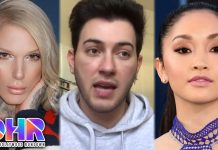 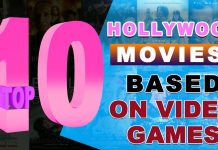