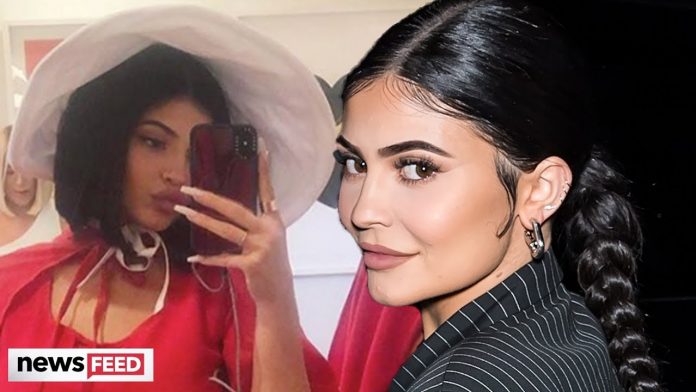 We all know the Kardashian/Jenner fam goes all out for parties, I mean we saw the 1st birthday party Kylie threw for her daughter Stormi. And over the weekend Kylie was on party planning duty again, but this time she’s under fire for the controversial theme.

Sounds harmless, right? Unfortunately not, because the theme of the entire party was the Handmaid’s Tale.

And if you know anything about the show… it is NOT a happy fairytale… actually very far from it!

So I have to ask…does someone have to explain to Kylie that the show is completely about female oppression? I am happy to do the honors.

Basically, the Handmaid’s Tale is about women being stripped of their rights, being held as slaves by the elite, and then are subjected to abuse.

In fact, over the past few years, the iconic handmaid costume has been worn by women protesting issues like reproductive freedoms and sexual assault.

So, I’m not exactly sure that a Handmaid’s Tale themed birthday party is in great taste.

Kylie is being criticized for celebrating misogyny for the elaborate dinner party where all the female guests dressed in the white bonnets and red cloaks worn by handmaids in the show.

Kylie was posting about the party on social media writing on Instagram quote, “You know The Handmaid’s Tale is my favorite show ever…so for Stassi’s birthday…welcome to Gilead.”

And she went on to share a series of videos to her IG stories, revealing how committed she was to the theme… which all have disappeared since the OG time of posting.

Her house was decorated with Gilead flags and the waiters were dressed as Marthas.

And if that wasn’t enough to make your stomach churn, the cocktails were named after show references, “Under His Eye Tequila” and “Praise Be Vodka.”

Anyone who has watched this show or even knows what it’s about would agree this theme is not in good taste!

Though the party wasn’t trying to be offensive, it didn’t take long before people began slamming Kylie for the party theme.

One person said quote, “I honestly believe Kylie Jenner did NOT understand The Handmaid’s Tale if she’s throwing a themed party about it.”
Which honestly, I agree, it seems like she just doesn’t understand the show.

Another person said quote, “Am I the only one completely grossed out that Kylie Jenner is throwing a handmaid’s tale party…? Also am I really surprised”

Yeah, you definitely weren’t the only one. Many people also said that her decision to throw this party was a bit tone deaf.

One person wrote quote, “With all of the serious reproductive rights fights that are going on, Kylie Jenner gave a ‘Handmaid’s Tale’ themed birthday. This entire family is tone-deaf due to privilege, and don’t you forget it.”

Last month, Kylie herself spoke out against the US abortion bans, saying it “made her sick”, and teamed up with Travis Scott to donate the proceeds from his merch line to Planned Parenthood.

It seems to me like while this was not an appropriate birthday party theme, it was just a bit of an oversight.

But now I want to know what you think! What do you think of the Handmaid’s Tale theme birthday party? Did Kylie take her obsession for the show a little too far?

Then be sure to hit that subscribe button right and the bell to get notified everytime we post!

When you’re done with that, click right over here for a brand new video and give this video a thumbs up. Thanks for hanging out with me here on Clevver News, and I’ll see you next time! 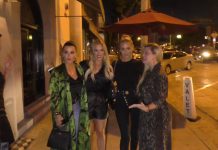 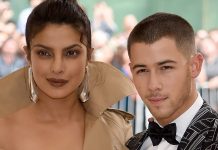 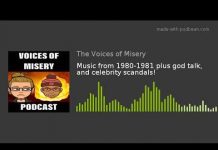