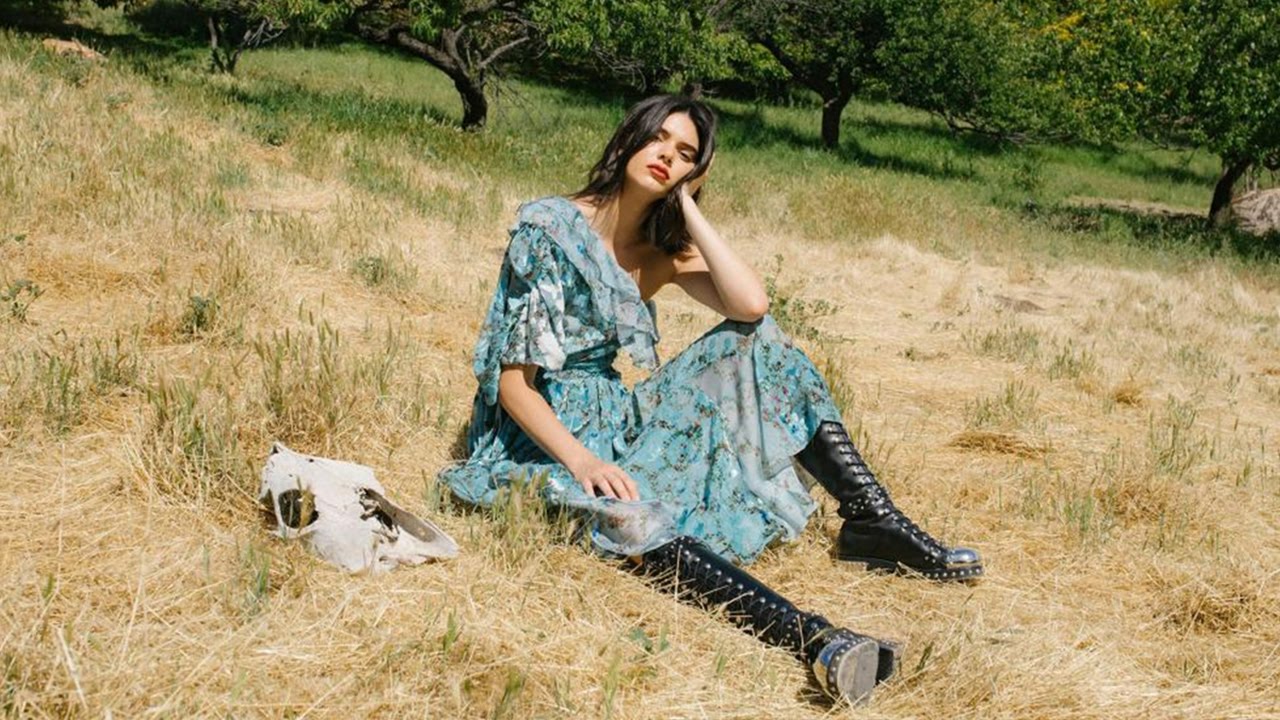 Cole Sprouse is putting his many talents to good use, taking on a photo shoot for The Sunday Times with the one and only Kendall Jenner.
Riverdale’s Jughead Jones has traded in his signature beanie for a camera, and it seems to suit him rather well.

Riverdale star Cole Sprouse (or Friends star, Suite Life star, whichever era you know him from) recently spent some quality time with Kendall Jenner as the two trekked into the wilderness to shoot photos for British mag The Sunday Times, marking this Cole’s first-ever work for a British magazine.

Ok, so by wilderness, I actually mean the hills of Malibu, but according to the landscape and the beautiful boho-inspired shoot, Cole and Kendall, who’ve only met a few times at random parties, appear to make a great team. The shoot also marks Kendall’s first work since her controversial Pepsi commercial went viral, and features the supermodel rocking a plethora of bohemian frocks as Cole takes the reigns behind the camera.

He shared multiple photos to his Instagram account featuring Kendall posing in some of his best shots, and The Sunday Times’ style account also posted a behind-the-scenes photo of the two posing together. Cole talked about his passion for photography, revealing that he feels much more comfortable behind the camera, saying QUOTE, “I don’t find the passion in acting that I find in photography, and, truthfully, I’ve been dabbling with the notion that if and when photography takes a more prevalent role in my life, I will likely never return to acting.”

Let’s just hope that’s not the case for a while, but seeing as the two seemed to work so well together, it came as quite a shock when Cole mentioned that they had only met a few times prior. He said, “She knew my work, and we had met at a couple of parties. I just thought, let’s aim for the top. Seeing her work, it’s no wonder she’s become such a huge figure within the fashion industry. Without the right model, these photos don’t live. Kendall isn’t afraid to look awkward in a way that’s vulnerable and inherently interesting.”

Similarly, Kendall has also dabbled in the art of photography, recently shooting Cindy Crawford’s daughter Kaia Gerber for LOVE Magazine, so maybe she and Cole can take turns swapping roles next time around.

But until that time comes, I want to know all your thoughts on Cole and Kendall’s collab photo shoot, so get to talking right down here in the comments, and after that, you can click right over here to check out our brand new show It Got Real, featuring our girl Erin Robinson’s life-changing surgery. Thanks for hanging out with me here on Clevver News, I’m your host Sinead de Vries and I’ll see you next time.