Click to Subscribe! –
Hollywood TV is your source for daily celebrity news and gossip!
Justin Timberlake announced on Twitter that he will be performing at the halftime show during the 2018 Super Bowl. Pepsi also tweeted the big news, writing, “It’s official @jtimberlake is taking the #PepsiHalftime stage at #SBLII.” Superbowl LII is set for February 4, 2018 in Minneapolis.

John Stamos and his girlfriend Caitlin McHugh are engaged. Stamos announced the news in an Instagram post. “I asked…she said yes!… And we lived happily ever after,” he captioned a drawing of himself and Caitlin in front of the castle at Disneyland. Stamos popped the question at the happiest place on earth according to his rep he made a short film of romantic moments from animated Pixar and Disney files, ending with The Little Mermaid’s Sebastian prompting Stamos to “just ask the girl.” The pair have been dating for two years.

Ewan McGregor and his wife Eve Mavrakis are calling it quits after 22 years of marriage. The couple were married in 1995 and have four daughters together. According to People they have been separated since May. Earlier this month McGregor was photographed kissing his Fargo costar Mary Elizabeth Winstead in London. Winstead also separated from her husband in May after seven years of marriage.

Taylor Swift RESPONDS To Bodysuit Controversy In “…Ready For It?” Video 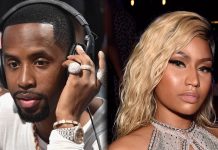 Nicki Minaj’s Ex Safaree Samuels Claims She CUT Him & He... 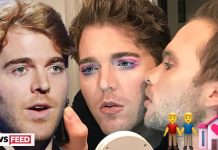