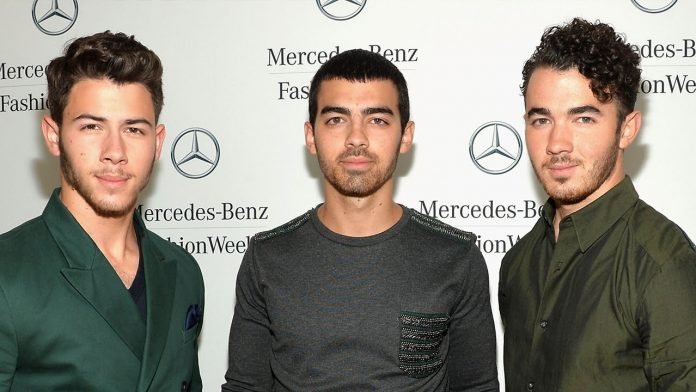 On the 10th anniversary of the Disney film, Joe Jonas reveals he’s BITTER About Camp Rock For THIS Reason, PLUS Nick & Kevin Weren’t Supposed To Be In It?! Oh Mylanta.

Can you believe it’s been 10 years since Camp Rock debuted on the Disney Channel? I feel so old…

10 years later, we’re finally getting some deets on the behind the scenes and guess what. The director of Camp Rock, Matthew Diamond, just revealed a startling piece of information. Nick and Kevin Jonas weren’t supposed to be in the film. WHAT?! Diamond said, QUOTE ““[We] actually refashioned the script to reflect the brothers because they hadn’t been in the prior [draft].” How dare you. Can you imagine the film without the band of siblings?! In the original script, Shane Gray aka Joe Jonas is sent back to Camp Rock by his manager, not his bandmates. But the director said he dawned on them that having Shane’s equally handsome bandmates send him to Camp Rock was a much better idea than using some music manager. Diamond isn’t the only one reflecting on Camp Rock’s legacy on this 10 year anniversary. Joe Jonas is having feelings, too. Bitter ones. In a hilarious tweet that mimicked how the rest of us feel, Joe said, QUOTE “10 years of Camp Rock and I’m still bitter we lost.” To which a fan pointed out, “That was in Camp Rock 2, Joseph.”

And Joseph replied, “I know Dani. But Shane Grey never forgets where he came from #stillbitter #theogmrgreywillseeyounow. That 50 Shades of Grey reference really killed me inside. Can you imagine 50 shades starring… Joe Jonas? I’m gonna fantasize about that all day. Anyway, while many of us including Joe are wallowing in bitterness and sadness at how old we’re all getting, Kevin is considering a Camp Rock 3. He told e! News recently, QUOTE “Never say never” regarding bringing Camp Rock back to life. QUOTE “We talked about it for a minute, doing something ridiculous like an R-rated version now in our life, like a going back to camp kind of thing.” Please. Please do. Just, yes. Please. Kevin said he would “definitely consider” another Camp Rock sequel, explaining, QUOTE “It just has to be the right thing. I can’t believe 10 years has actually passed. It makes me feel like I’m getting old.” I know! Stop saying it out loud. Anyway, Kevin is on board. And so is Joe. He previously told Marie Claire that he’d totaaly do an R-rated version of the Disney comedy. QUOTE “If it made sense, sure.

For all of us—Demi, Nick, it would be funny to do a spin on it. Do the graduating days, make it kinda dark. An adult film.” Nick? Demi? Ball’s in your court now kids. Do you guys think the film should stay retired or should we dust it off and breathe new life into it? Comment below and hit me up on Twitter @Miriamisa and the Gram @Miriam_isa. And speaking of Disney’s golden age of television, Selena Gomez just teased us with a very disturbing horror film on Instagram. Click here to find out where, what and just WHY. I’m Miriam isa and thanks for hanging out with me on Clevver! See you soon.

Nicole Kidman to be honoured at Hollywood Film Awards | Daily...

Atif Aslam Beautiful Message For His Wife On her Birthday |...

Top 10 Celebrities Who are HORRIBLE to Their Fans 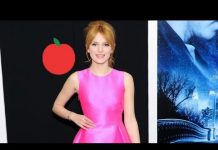