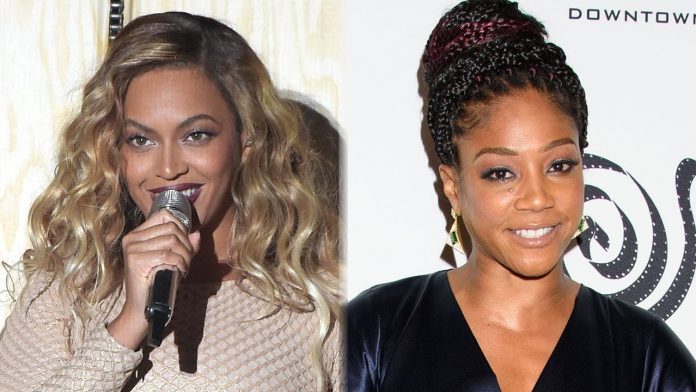 It didn’t take long for Beyonce to come for Tiffany Haddish after she spilled all the tea on their magically intense hangout sesh.

Tiffany, I feel like you may have ruined all hope for anyone who wants to casually hang out with Beyonce in the future.

Let’s face it, everyone was LIVING when Tiffany revealed everything that went down during her interaction with Beyonce at an after party following one of Jay-Z’s concerts. Well, everyone but Beyonce, that is.

As it turns out, it doesn’t seem like B was too thrilled about the cat being let out of the bag. Especially since the story contained some sensitive information about some unnamed actress trying to come on to Jay and Yonce had to lay down the law and prevent a fight from breaking out between Tiffany and said actress.
Anyway, fans are now speculating that Beyonce called out Tiffany for talking about the party because in her new song with DJ Khaled, Future, and Jay titled ‘Top Off,’ B mentions that she probably has to have everyone sign an NDA if they wanna party with her in the future.

For the record: I would sign any NDA Beyonce throws at me. Now that line could have been about anyone, but some fans believe it’s 100 percent about Tiffany because shortly after that verse ends, a few of them swear they can hear Beyonce yell ‘Tiffany’ in the background as she goes straight into the chorus. Listen closely and pay attention because it’s pretty quick.

And while fans are SUPER excited about the new jam from their queen, a few of them are upset that Tiffany ruined any and all hopes for a casual interaction and kick it session with Beyonce in the future.

One fan tweeted QUOTE, “Tiffany Haddish really ran her mouth and now Beyonce out here saying to party with me you gotta have a non disclosure agreement. Making it even harder for me to ever mingle and kick it with Beyonce. Thanks a lot b*tch.”
While another fan declared, “No more Beyonce parties for Tiffany Haddish, you talk too much.” Ouch. I’m sure that line was just a joke, but also a little slightly serious since it is coming from the Queen. I hope you learned your lesson after this one, Tiff.

Anyway, do you guys think Beyonce was calling out Tiffany in the song because she was mad or was it all in good fun? Let me know your thoughts in the comment section below. When you’re done with that, click right over here to check out the newest episode of Cheat Day featuring the best thing in the world: CAKES! (lolol) Thanks for hanging with me, I’m Emile Ennis Jr., don’t forget to subscribe and I’ll see ya next time! 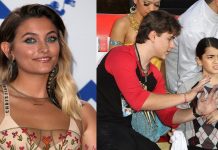 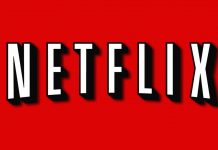 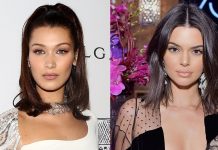 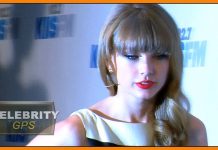 TAYLOR SWIFT is the most influential person on TWITTER – Hollywood...