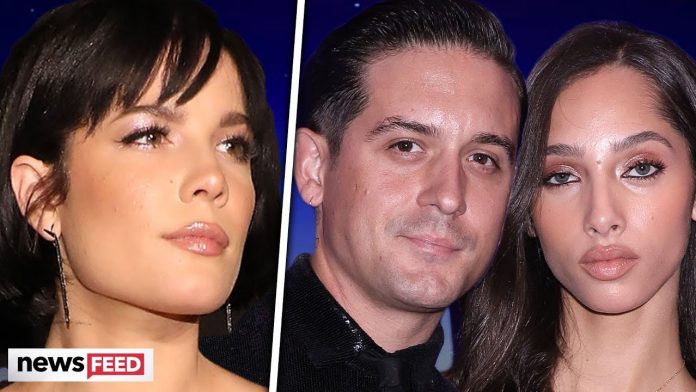 Ah New York Fashion Week. The outfits. The surprise appearances. The awkward run-ins with your ex-bae. You’ve gotta love it.

But two of our favorite singers almost had a very out-of-vogue moment.

But both G and Halsey have moved on and are with new partners now.

And guess who was there at the afterparty last night?

Yup, G-Eazy showed up with his new boo. hand in hand.

Matching head to toe in all black.

Just like he and Ashley aka Halsey used to

And if you remember correctly, Halsey and G-Eazy broke up for the second time because G-Eazy, quote, “Didn’t care about women being all over him at parties”. Particularly young women.

Like at the Karma International’s 2018 Kandy Halloween Party, for example.

Yasmin is just TWENTY-ONE years old. Which is 9 years younger than G-Eazy.

The couple confirmed their relationship in April after flirting via social media for what felt like a lifetime.

And yes, they’re still flirting nonstop on social mediaWith captions from her like “happy birthday my love”

With comments from him full of heart eyes, hearts, and “my love.” No word yet if G-Eazy is still being surrounded by other women at parties

But don’t feel too bad for Halsey.

I mean, she looked great last night too.

And like I said, Halsey has YUNGBLUD to go home to. Who has also been spotted out and about during New York fashion week with one Mr. Charles Puth

But there was no sight of YungBlud yesterday at Savage X Fenty. His tour starts today and he was getting ready to board a flight to Vancouver

Well good for him. But fashion week is still just kicking off, so we’ll have to wait and see if there are any other close encounters of the ex kind

But for now that’s all she wrote. Let me know what you guys think in the comments below. Do you think G-Eazy and Halsey found better matches? Or do you see a rekindling of their relationship in our future?

And while you’re here make sure you subscribe to Clevver News so you can stay updated on all things pop culture. Like yungblud said, keep your eyes peeled for more stories by us today, because we have a lot coming your way.

And if you want to be notified each time we do have something for you, make sure you click that bell so you can get a little push noti straight from us. 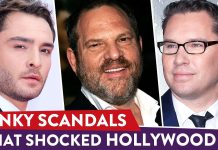 The Worst Scandals in Hollywood in Recent Years | ⭐OSSA 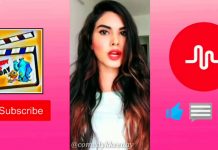 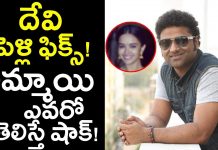