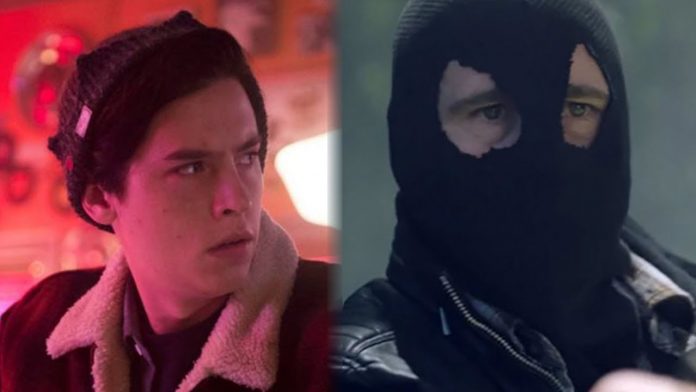 The Black Hood’s identity has been revealed on Riverdale, plus was that the final episode for one of our favorite characters?

We’re about one death confirmation away from a full-on breakdown.

There’s only one episode left of Riverdale this season, and the writers aren’t letting us go that easy, now are they? Beware of some major spoilers from last night’s shocking episode.
The identity of the Black hood has been revealed… Yes, like, the actual black hood. Forreal this time. And it’s actually not all that surprising BECAUSE IT’S HAL COOPER. Betty’s dad! Now, his motive for donning the infamous black hood? That’s actually surprising… and also just super creepy.

The reveal started with Hal treating his family to a fun little home movie of him being brainwashed as a child by who we assume is his messed up mother. Safe to say Hal definitely had a rough upbringing, considering we also discovered that his father and grandfather were murderers. Another shocking reveal? It was actually Betty who set off her father, and she didn’t even mean to do it. Hal shared that the phrase “you must do better” was used to condition him to take down sinners throughout this childhood, and that’s exactly what Betty said in her speech at the end of the first season, which must have triggered some horrible memories for Hal, and reignited his mother’s “conditions,” ultimately brainwashing him to take on the role of Black Hood. So yes, Hal was behind the murders of Miss Grundy, Midge, and the Sugar Man, and yes, he did shoot Fred Andrews. So that’s pretty awkward for Betty and Archie… It’s also good to point out that he was NOT behind the shooting at the mayoral debate, so like… we’re still not completely in the clear when it comes to neighborhood murderers… Darn.

And it’s that mystery attacker who takes on Archie and Fred, before Fred knocks him down with a baseball bat, before getting shot… in a the bulletproof vest, phew.
Meanwhile, Penny Peabody and the Ghoulies wanted to take down all the serpents, but Jughead had to go be a freakin hero, and sacrigice himself to keep his serpent fam safe… and now he’s dead.

Just kidding! But we’re definitely supposed to be believe that he’s gone, because FP is carrying his body out of the forest, and he’s looking pretty dead. Not to mention, Archie, Betty, and Veronica are all staring at a grave in the teaser for next week’s episode. But like… No… right? RIGHT?!

The grave could be for Fangs, because he actually IS dead, thanks to Midge’s mom… seriously, what is wrong with this town?!
It doesn’t help that Cole Sprouse totally pulled on all of our heartstrings last night when he tweeted a simple QUOTE “Grateful, thank you #riverdale” after we just saw his seemingly lifeless body.
I’m sorry, but what? How you gonna troll us like that, Cole?

Are we actually supposed to believe he’s dead? …Is he actually dead? I mean, he’s not.. but like.. is he?
The internet’s pretty divided on this one too. One fan read my mind writing QUOTE

But, then again, my anxiety did kick in when I read this fan’s VERY REAL reaction of QUOTE “DON’T PLAY ME LIKE THAT I SWEAR TO GOD”

Unfortunately, we won’t really know until next episode, and I wouldn’t be surprised if they left us hanging throughout the finale too, only to reveal Jughead’s fate at the start of the next season. But that would just be rude, if you ask me.

Now it’s time for you all to share your thoughts about Hal’s dad being the black hood and Jughead dying, no big deal. And most importantly, do you think he’s actually dead? I’m going with a hard NO WAY but let me know what you think in the comments below. Thanks so much for checking in with me here on Clevver, I’m Sinead de Vries, and I’ll see you guys later! 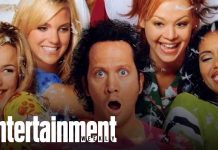 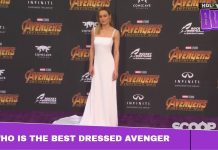 Who Is The Best Dressed Avenger | Celebrity News | Hollywood...