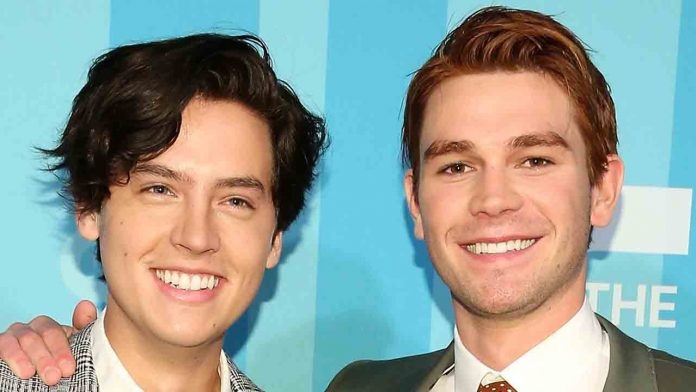 More Celebrity News ►►
Riverdale’s showrunner Roberto Aguirre Sacasa took to Twitter to share a sneak peek of what’s to come in Wednesday’s episode, and let’s just say you will NOT want to miss this one — unless, of course, super hot shirtless guys just aren’t your thing.

That’s right, Riverdale heartthrobs KJ Apa and Cole Sprouse are stripping down to their birthday suits for the show this week, but NOT as their usual characters, Archie and Jughead. This week marks the highly-anticipated flashback chapter of the show, and KJ and Cole will be playing their characters’ respective fathers, Fred and FP, in flashback sequences for the episode. As if that wasn’t enticing enough — in one scene, the boys will be streaking.

Showrunner Roberto TEASED the nude scene with a hotter than hot screenshot of KJ and Cole shirtless and sprinting, along with the caption QUOTE, “Some things were different back then… Others, not so much… This Wednesday’s #Riverdale is an unmissable blast from the past. Teen FP and Teen Fred streaking, because why not?”

I mean when you look like those guys, why not, indeed! Of course, because the CW’s gotta keep things PG-13 — this isn’t HBO, y’all — there will be NO full-frontal nudity in the episode. That being said, butts will probably be shown, because this IS a streaking scene we’re talking about. And for that we just wanna say thank you in advance to KJ and Cole for sharing your art with us. And for giving us major fitness goals.

Alright guys now I wanna hear from you — will you be tuning in to this week’s Flashback episode? And what do you think we’ll learn about young Fred and young FP — you know, besides the fact that they liked streaking? Let me hear your thoughts in the comments below!

Thanks for watching! Please click to the right to watch another new video, and don’t forget to subscribe to our channels! I’m your girl Erin Robinson and I’ll see you next time! 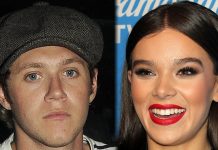