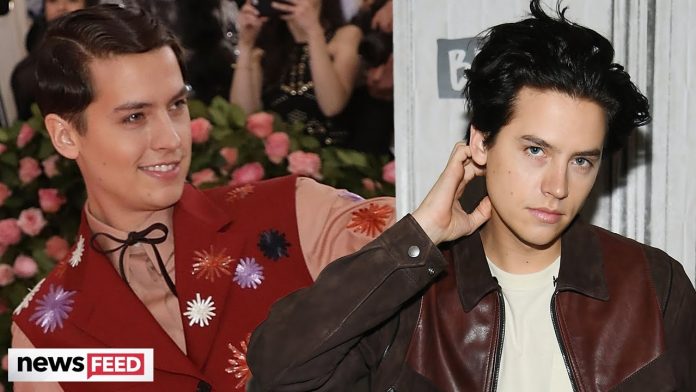 Everyone knows Riverdale is dangerous with all the fighting, serial killers, and gangs, you know, just your average high school stuff. But things also can be pretty intense behind the scenes too.

What’s up guys? It’s Sussan Mourad here with Clevver News and we just found out that sometimes the actors on Riverdale take their fight scenes a liiiiittle far!

And we know this because Charles Melton, AKA Reggie, spilled some hilarious behind the scenes Riverdale stories to BuzzFeed.

While filming Season 2, Charles and Cole Sprouse, AKA Jughead Jones, were shooting a fight scene and the two were so into it, that they actually both got injured!

Ouch, now that’s some serious METHOD ACTING as the actors would say!

And in the next take, Charles said he accidentally kneed Cole in the same place.

This whole knee debacle not only caused bodily harm to BOTH Cole and Charles… but it also put a kink in the filming process! It took any seriousness out of the scene because they couldn’t stop laughing.

Charles said they were really committed to shooting the scene and continued to film while in pain while trying to not laugh hysterically.

This just makes me want to know more behind the scenes stories from this hilarious cast.

And we are so here for this fun and happy Riverdale news because the finale of Season 3 may have just foreshadowed some serious drama and potential deaths next season.

The most astonishing thing to come out of Wednesday’s episode was the ending slash cliff hanger to Season 4! Veronica, Betty and Archie are nearly naked in front of a fire… covered in BLOOD!

Clearly I wasn’t the only one with that question and Riverdale fans have a theory that Jughead is killed in season 4… possibly by his friends!

Of course fans hopped on Twitter and they made their feelings known about Jughead’s possible death!

One twitter user wrote quote: “Jokes on us for thinking Jughead can’t die since he’s the narrator.”

And also this hilarious tweet that said, quote: “If Jughead is dead a bitch gotta fight me cuz that’s just not gunna work”

There is a light at the end of this dark tunnel though… the Riverdale showrunner said in an interview with Entertainment Weekly, QUOTE “We thought, ‘Oh, what if what binds our group together isn’t just the camaraderie of senior year but a crime that has them at the absolute center of it?’ That’s kind of where we started with that idea.” ….
Of course this is giving a nod to 90’s cult horror classic “I Know What You Did Last Summer.”

But now I want to know from you guys your thoughts. Do you think they could possibly kill off Jughead in Season 4? And are you as obsessed with the Riverdale behind the scenes stories as we are?

Justin Timberlake and Jessica Biel and other celebrity couples arrive on... 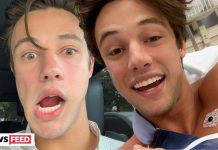 Glenn Close Reveals How She Nailed Her ‘Fatal Attraction’ Audition |...