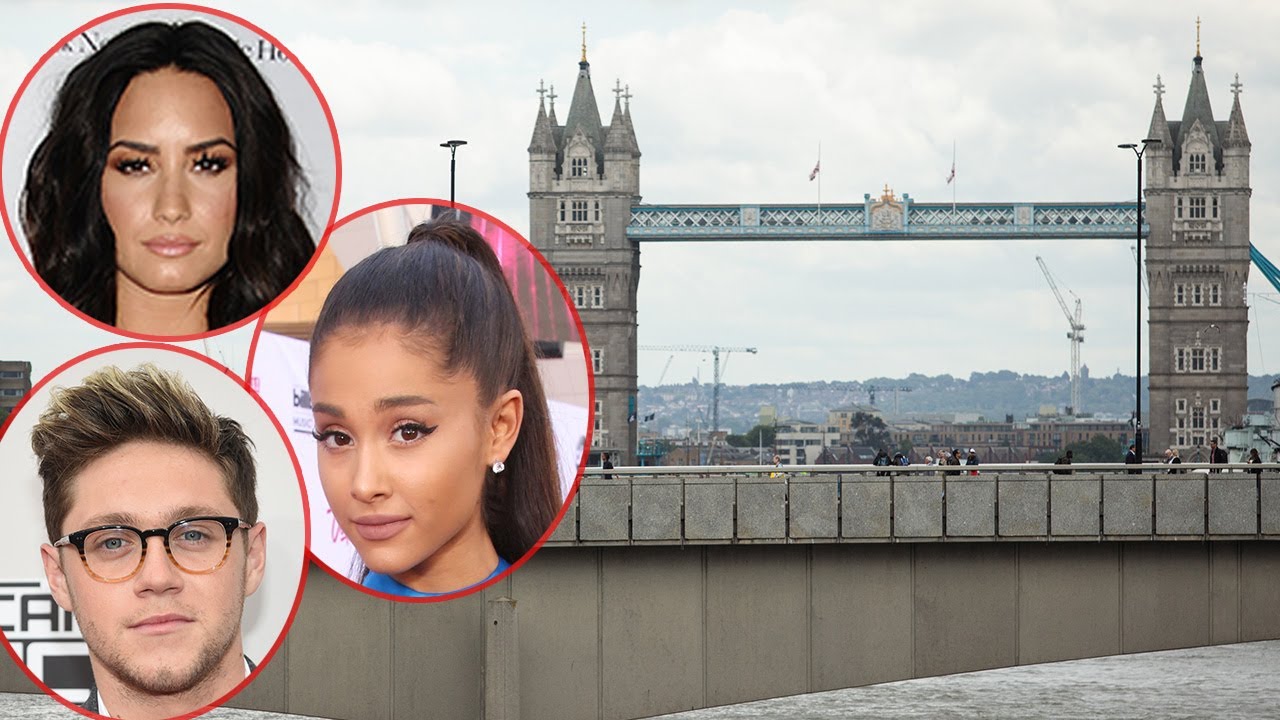 Ariana Grande, Demi Lovato, and Joe Jonas are just a few of the many celebrities reaching out to those affected by these tragic events.
On Saturday in London, a group of terrorists in a van struck down a number of pedestrians on the London Bridge before going on to stab multiple people in a nearby market. According to authorities, at least seven people died while 48 others were hospitalized after the attack.
This event comes less than two weeks after the Manchester Arena bombing and the stars of Hollywood are horrified at the attacks. Celebrities reacted to the aftermath of the incident with positive thoughts and messages to those who fell victim to these attacks.
Ariana tweeted out QUOTE, ‘Praying for London.’ Demi and Joe also tweeted out the same sentiment to the city. Tom Holland wrote, “My heart goes out to everyone in London tonight. Absolutely heartbreaking.” While Niall Horan tweeted, “Thoughts are with the people of London today after yet another horrific attack.”
John Mayer dedicated his show that night by writing QUOTE, “Walking to the stage, sending all my love to London with every note I play tonight.”
Cara Delevingne told the people of London to stay safe, saying, “My heart is with you London. Please can everyone stay safe. This is beyond tragic but we must stand together and not let this break us.” The supermodel tweeted that message along with an infographic with tips on how to stay safe during an attack. Gregg Sulkin shared QUOTE, “My thoughts are with all those killed and injured in London. Shocking scenes.”
Khloe Kardashian and Luke Evans both tweeted out a positive message to all, with Khloe saying QUOTE, “Our world is so dark and scary at the moment. Please say your prayers! Try to be kind and loving! Love will always win! #PrayForLondon.” While Luke tweeted, “London has survived plague, fire & war. Extraordinary heroism of first responders last night reminds us this is a city that won’t be broken.”
That could not have been said better by anyone else.
Leave your thoughts and messages for London in the comment section below. When you’re done with that, click right over here for 10 of the best moments from the One Love Manchester concert and as always, don’t forget to subscribe. Thank you so much for hanging out with me on Clevver News, I’m your host Sinead de Vries and I’ll see ya next time.

Top 10 Facts About Titanic The Movie

Stanley Learns About Boxing and Pop Music | I’m A Celebrity…Get... 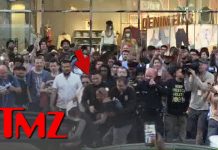