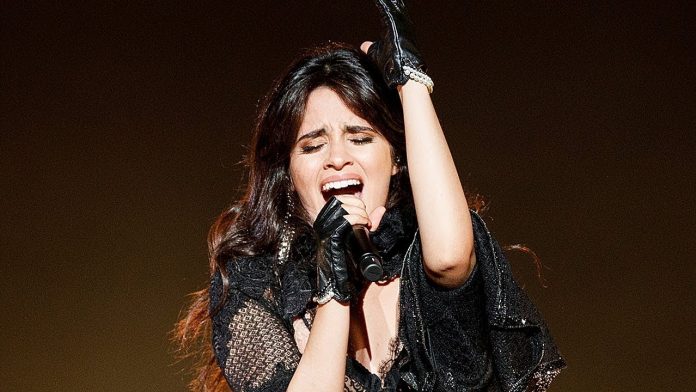 Camila Cabello has officially begun her ‘Never Be The Same’ international tour. If you were one of the lucky ones who attended her very first concert in Vancouver last night, you got treated to not one but TWO never before heard songs. YESSSSSS. Not only did Camila perform hits from her debut album, plus some covers, but also two unreleased songs were also introduced to the world, and we can’t get enough.
The first is a straight up banger called ‘Sangria Wine,’ which if you can recall, is actually the second track she created with Pharrell Williams, along with Havana. Fans already expressed their disappointment when the track didn’t make the cut for her album, knowing how amazing Havana is, so the surprise reveal of it last night got everybody in the audience really excited. Check out the sultry performance.
Amaaaazing. And the surprises didn’t end there. Camila went on to perform another unreleased song by the name of Scar Tissue, which she co-wrote with Charlie XCX.
Speaking about the emotional ballad, Camila told the crowd QUOTE “She told the crowd QUOTE “”I don’t know if you guys know this, but, scar tissue is the skin that grows on top of skin that’s been burned or hurt, and it’s the body’s way of healing. When I wrote this part of the song, it felt like I was healing. I just want you to know that if any of you are going through a tough time, or lost, I just want you to be patient and loving, and brave, and treat yourself as if you were your own best friend. I love you guys so much and I promise you that one day, you’re going to look in the mirror and you’re not only going to be better for it, but you healed is going to be better than the you that was unbroken.”
I mean… come on. Everything about this song is so beautiful. Here’s to hoping that both Sangria Wine and Scar Tissue eventually make it to our radios one way or another. One fan even suggested a full EP of all of Camila’s unreleased songs, because yes, there is more. The fan tweeted QUOTE “petition for an EP where we get the unreleased songs that didn’t make the album e.g sangria wine, scar tissue, only told the moon, the boy, must be love.”
That’s like literally half an album right there, so I’ll jump on board with an EP, thank you very much.
Whos’ with me? And what do you think about Camila performing unreleased music last night? Sound off with all your thoughts in the comments below. I’m Sinead de Vries and I’ll see you all soon right here on Clevver News. 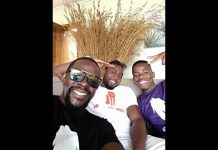 CELEBRITY ALL STARS- I CARE ABOUT HER- OFFICIAL MUSIC VIDEO