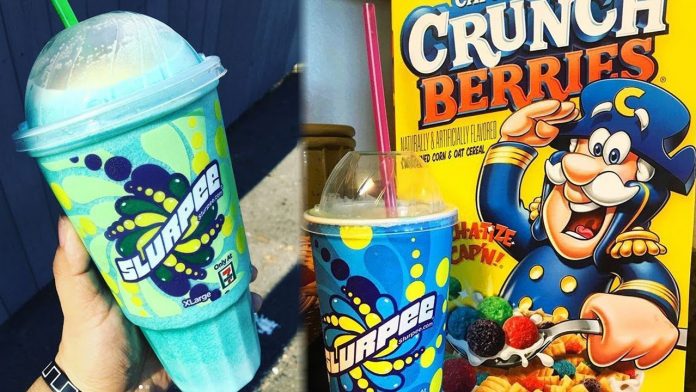 Those that have already tried the frozen treat have said it really does taste like the cereal for the first few sips, however that’s where the good news pretty much ends.
Now contrary to how delicious a crunch berry slurpee sounds the slurpee has actually been met with some pretty mixed reviews and despite it tasting like the real deal, people are less than impressed.
Instagram user Junkfoodmom wrote a review saying QUOTE, “First couple of slurps it does actually taste like the cereal.. in a frozen freaky way,”
but her review got worse from there, she went on to say that QUOTE “after those first slurps it’s just weird…. not in a great way. There was a guy in front of me that bought one too and his words were ‘unique but I’ll never buy it again.’ I think that sums up my opinion too.”
In fact many people across social media share these exact same thoughts, and even the most avid Cap’n crunch cereal fans feel that 7-eleven totally missed the mark on this one
@vubus wrote on twitter QUOTE “@slurpee I’m berry disappinted in yalls Cap N Crunch berries flavor. As an avid slurpee lover, who btw should be yalls spokesperson but we will leave that for another day, deserves better.”
While @DaveSantia tweeted, “If you don’t mind the taste of absolute garbage in your mouth, then I highly recommend 7-Eleven’s new Cap’n Crunch Slurpee! One sip, and you’re guaranteed to be begging for a glass of water with a lemon in it!”
These are some pretty harsh reviews but we did happen to come across a couple people who didn’t think the drink was all THAT bad
One user tweeted QUOTE “Tremendous. CAP’N CRUNCH slurpee. It’s totally wrong but I don’t want to be right. Or whatever.”
And in the event that you still want to try one of these cap’n crunch slurpee’s out for yourself you can definitely give it a shot and be sure to tell us how you liked it because we’re genuinely curious!
Now we want to kick it over to you guys. What are your thoughts on this Cap’n Crunch flavored slurpee? Would you still be down to try it? Let us know in the comments below. When you’re done with that click right over here to check out Taco bell’s new WEDDING ACCESSORIES LINE! 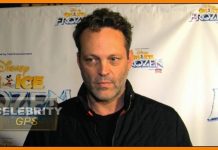 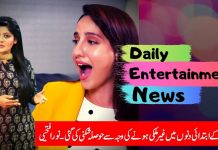